Forty children were among 51 people killed in a Saudi-led coalition air strike on a bus in rebel-held northern Yemen, the Red Cross said as it revised its death toll.

Another 56 children were also among the 79 people wounded in the strike last week on Saada province, a rebel stronghold that borders Saudi Arabia, the International Committee of the Red Cross said.

The new casualty toll came after a mass funeral was held for many of the dead children yesterday at which thousands vented anger against Saudi Arabia and the US.

Mourners raised pictures of the children and shouted slogans against Saudi Arabia and its ally and key arms supplier, the United States.

The Saudi-led coalition intervened in Yemen in March 2015 as Houthi rebel fighters closed in on the last bastion of President Abedrabbo Mansour Hadi's government.

The conflict has killed nearly 10,000 people since then, the vast majority of them civilians, and caused the world's worst humanitarian crisis, according to the United Nations.

The UN Security Council called on Friday for a "credible" investigation into the deadly strike.

But it stopped short of demanding an independent investigation, and experts and aid groups voiced doubts that a promised coalition probe would provide transparency or accountability. 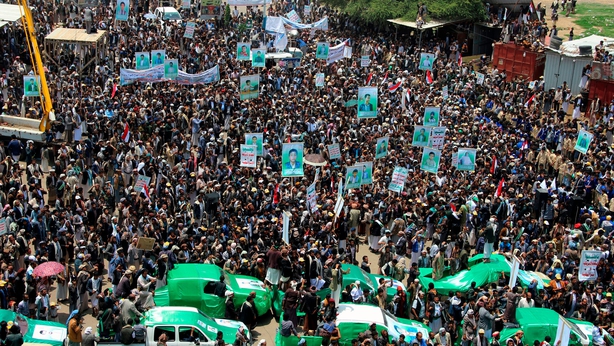 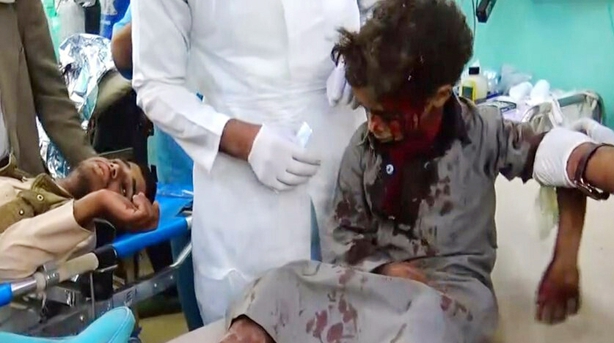 The coalition has been repeatedly blamed for bombing civilians, including a strike on a wedding hall in the Red Sea coastal town of Mokha in September 2015, in which 131 people died. The coalition denied responsibility.

In October 2016, a coalition air strike killed 140 people at a funeral in the rebel-held capital Sanaa.

The coalition has admitted a small number of mistakes, but accuses the rebels of using civilians as human shields.

The high civilian death toll has been an embarrassment for the US and other Western governments that supply the coalition with warplanes and other weapons.

But the US continues to provide replacement munitions, as well as intelligence and refuelling support for coalition aircraft.