UN Secretary-General Antonio Guterres has announced the appointment of Michelle Bachelet, Chile's twice-serving president who endured torture under the Pinochet regime, as the world body's next human rights chief.

Ms Bachelet, 66, is set to replace Zeid Ra'ad Al Hussein of Jordan, a sharp critic of US President Donald Trump's policies, who held the post of UN high commissioner for human rights since September 2014.

A two-time president who ranks among the world's most powerful women in politics, Ms Bachelet also served in 2010 as the first director of UN Women, the UN agency promoting gender equality worldwide.

Mr Guterres informed the General Assembly of his decision in a letter yesterday following consultations with the heads of regional groups at the United Nations.

The 193-nation assembly will meet tomorrow to vote on the appointment, which is expected to win approval, diplomats said. Mr Zeid is due to step down on 31 August.

Ms Bachelet will step into a position that has drawn much controversy under Mr Zeid, who decided not to seek a second term after losing support from powerful countries, including the US, Russia and China.

Mr Zeid last year compared President Trump to a bus driver "careening down a mountain path", engaged in "reckless driving" for his attacks on the media. 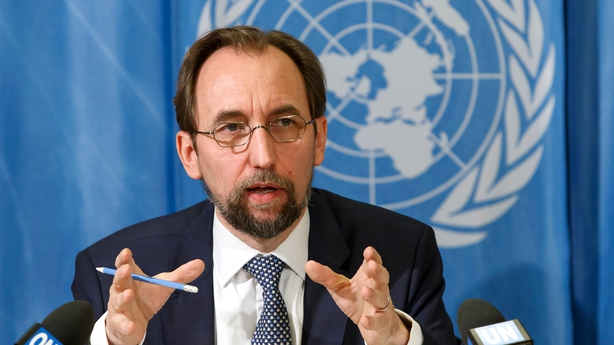 In an implicit swipe at Mr Zeid, US Ambassador Nikki Haley urged Ms Bachelet "to avoid the failures of the past".

"The UN has failed to adequately address major human rights crises in Iran, North Korea, Democratic Republic of the Congo, and elsewhere, or stop its chronic, disproportionate obsession with Israel.

"It is up to Ms Bachelet to speak out against these failures rather than accept the status quo. We hope that she does," Ms Haley said in a statement.

With Mr Zeid under fire for his blunt criticism of leaders, rights groups were concerned that Mr Guterres would seek to appoint a less vocal human rights boss.

"If selected, Ms Bachelet will be taking on one of the world's most difficult jobs at a moment when human rights are under widespread attack," said Human Rights Watch executive director Kenneth Roth.

"As a victim herself, she brings a unique perspective to the role on the importance of a vigorous defence of human rights. People worldwide will depend on her to be a public and forceful champion, especially where offenders are powerful."

The daughter of a general who opposed Augusto Pinochet's overthrow of president Salvador Allende, Ms Bachelet was detained in 1975 and held for several weeks at the infamous Villa Grimaldi interrogation and torture centre in Santiago.

"I was mainly tortured psychologically, and some beating, but they didn't 'grill' me," Ms Bachelet said in an interview, using prisoners' slang for electric shocks administered to detainees.

"I was lucky compared to so many others. Many of them died," said Ms Bachelet in the 2014 interview, one of the few times that she has discussed the ordeal.

The pediatrician and socialist, who was first woman to hold Chile's presidency, was in office from 2006 to 2010, and then again from 2014 to March this year.

Last year, Mr Guterres named her as a member of a high-level panel on mediation that provides him with advice on peace efforts, describing her as a "long-time champion of women's rights" with a "history of dynamic global leadership, highly-honed political skills and a recognised ability to create consensus".

Born in Santiago, Ms Bachelet was studying medicine when she was detained for several weeks. After her release, she went into exile with her mother to Australia before moving to East Germany.

She returned to Chile in 1979, but was prevented from working as a doctor for political reasons. She continued studying, specialising in pediatrics and public health.

After democracy was restored to Chile in 1990, she worked for the health ministry and in 2000 was appointed health minister, followed by defence minister four years later.