The US and Russian presidents may swap compliments at their first summit in Helsinki, but they are deeply divided on issues including Syria, Ukraine and alleged Russian election-meddling.

The US has imposed a series of sanctions against Russia over recent years, some of which Donald Trump himself reluctantly signed off on after taking office in 2017.

Here is a summary of the sticking points between the two powers:

Russian 'meddling'
Since the start of Mr Trump's presidency, relations have been tainted by allegations of Russian interference in the 2016 US election and suspicions that the billionaire's campaign team colluded with the Kremlin.

Russia has denied any interference. US Secretary of State Mike Pompeo has insisted that Mr Trump at his meeting with Mr Putin "will make clear that meddling in our elections is completely unacceptable".

Ahead of the summit, 12 Russian military intelligence agents were indicted for hacking Democrats during the election.

War in Ukraine
Along with its Western allies, the US accuses Moscow of providing military support to pro-Russian separatists fighting government forces in eastern Ukraine. Russia denies this.

The US long resisted providing lethal weapons to Ukraine, fearing this could exacerbate the conflict, but in March the US approved a deal to sell anti-tank missiles to Kiev, angering Russia.

Mr Trump has made evasive comments on whether Washington might recognise Russia's annexation of Crimea from Ukraine.

Syria
Air strikes on Syria by the US and its allies in April 2017 and April 2018 in response to alleged chemical attacks by President Bashar al-Assad's forces have infuriated Russia.

In February, Moscow said a number of Russian civilians were killed by US-led coalition bombing. These were reportedly mercenaries fighting alongside pro-regime forces. 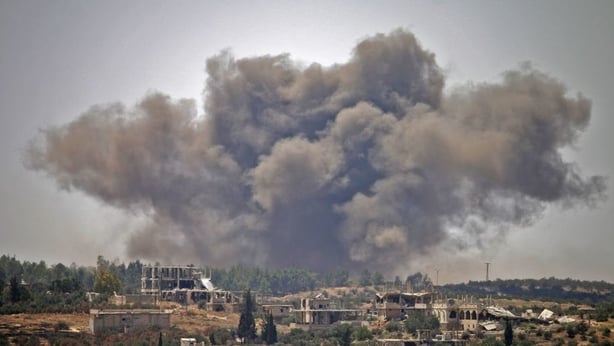 Disarmament feuds
The US and Russia have accused each other of breaking international agreements over disarmament.

The Pentagon in February called for a revamp of the US nuclear arsenal and development of new low-yield atomic weapons.

Russia condemned the new US nuclear policy as "bellicose" and "anti-Russian".

Tension over NATO
Moscow views NATO's moves to beef up its eastern defences as aggressive steps aimed at encircling Russia.

Russia is also concerned at NATO plans launched in 2010 for a European missile shield that is due to be completed in 2020 with installations in Romania and Poland.

Mr Trump has lashed out at other NATO allies, urging them to spend more on defence.

Received many calls from leaders of NATO countries thanking me for helping to bring them together and to get them focused on financial obligations, both present & future. We had a truly great Summit that was inaccurately covered by much of the media. NATO is now strong & rich!

Iran nuclear deal
Mr Trump's unilateral decision to pull out of the Iranian nuclear deal signed in 2015 after lengthy negotiations and to reimpose sanctions on Iran left both Russia and the West flabbergasted.

Russia, which has close ties both with Syria and Iran, has said European countries must "jointly defend their legal interests" in the deal. 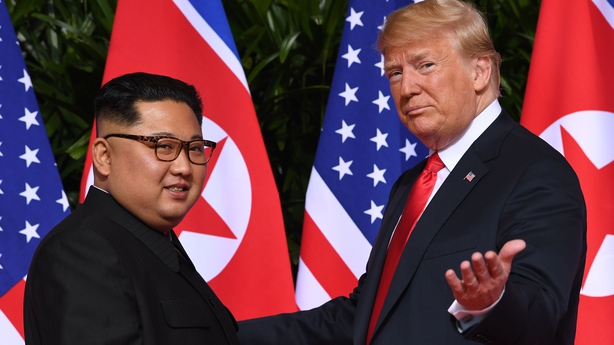 North Korea
Russia reacted positively to a 12 June meeting between Mr Trump and North Korean leader Kim Jong Un. They signed a joint declaration but did not achieve any concrete breakthroughs on Pyongyang's nuclear activities.

Spy poisoning
The United States this year joined in a wave of expulsions of Russian diplomats from various countries over the poisoning of a Russian ex-spy in Britain, which the UK blamed on Russia.

Trade war
Earlier this month, Russia raised import duties on some US imported goods in response to steep tariffs announced by the US on its steel and aluminium, part of a global trade war.