The death toll following record rains that have devastated parts of Japan has risen to 199, with dozens still missing, a top government spokesman has said.

Prime Minister Shinzo Abe, who visited one of the worst-affected regions yesterday, plans to travel to another area hit by deadly flooding and landslides after the rains tomorrow, Mr Suga said.

Mr Abe cancelled a four-stop foreign trip due this week as the death toll in the disaster rose. 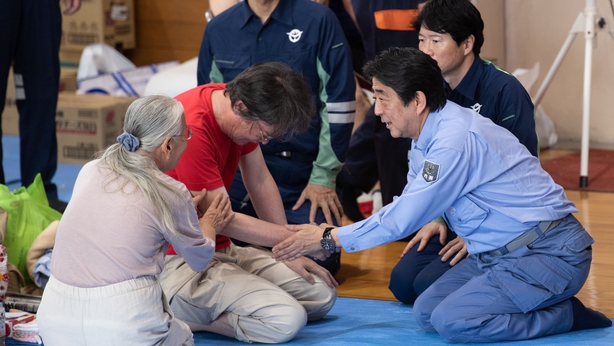 Hopes for finding survivors have faded a week after the rains began, even though the downpours have now stopped and flood waters have receded.

At least 10,000 people who evacuated their homes or were rescued are now living in shelters, and the government has pledged to set aside emergency funding to help people return home.

"We will do everything we can so that people will not have to continue living in uncomfortable situations in shelters," Mr Abe said at a morning meeting.

Intense heat and water shortages have raised fears of disease outbreaks following the worst weather disaster in the country for 36 years.

More than 200,000 households have no water a week after torrential rains caused floods and set off landslides across western Japan, bringing death and destruction to decades-old communities built on mountain slopes and flood plains. 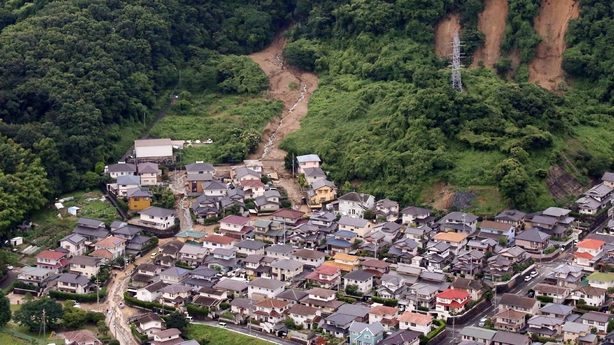 With daily temperatures above 30C and high humidity, life in school gymnasiums and other evacuation centres, where families spread out on mats on the floors, began to take a toll.

Television footage showed one elderly woman trying to sleep by kneeling with her upper body on the seat of a folding chair, arms over her eyes to keep out the light.

With few portable fans in the evacuation centres, many survivors tried to cool themselves with paper fans. 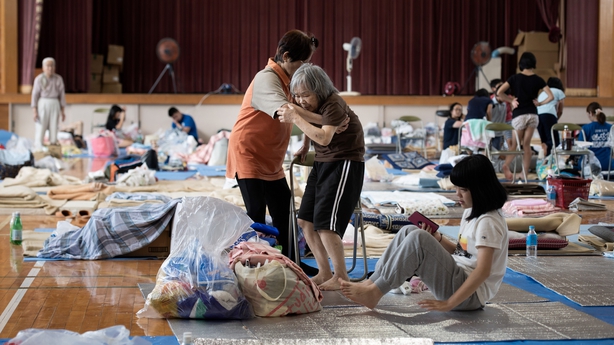 The limited water supply meant that people are not getting enough fluids and in danger of suffering from heatstroke, authorities said.

People are also reluctant to use what water they do have to wash their hands, raising fears of epidemics.

"Without water, we can't really clean anything up. We can't wash anything," one man told NHK television.

The government has sent water trucks to the disaster area, but supplies remain limited.

More than 70,000 military, police and firefighters toiled through the debris in a grim search for the missing.

Some teams shovelled dirt into sacks and piled the bags into trucks. Others used diggers and chainsaws to work through landslides and splintered buildings.

Many areas were buried deep in mud that smelled like sewage and had hardened in the heat, making the search more difficult. "It's an undeniable fact that this sort of disaster due to torrential, unprecedented rain is becoming more frequent in recent years," Mr Suga said at a news conference in Tokyo.

"Preserving the lives and peaceful existence of our citizens is the government's biggest duty. We recognise that there's a need to look into steps we can take to reduce the damage from disasters like this even a little bit."