Here are key developments since US President Donald Trump's decision to recognise Jerusalem as Israel's capital, with the new US embassy opening amid deadly clashes.

On 6 December, 2017 Mr Trump says "it is time to officially recognise Jerusalem as the capital of Israel", breaking with the policies of his predecessors and provoking criticism worldwide.

The State Department says it will start immediately on plans to move the US embassy from Tel Aviv to Jerusalem.

On 8 December, Palestinians in their thousands face off against Israeli soldiers and police in a "day of rage" in Jerusalem, the West Bank and Gaza.

Tens of thousands demonstrate in Arab and Muslim countries.

At the United Nations envoys from Britain, France, Germany, Italy and Sweden say Mr Trump's move is "not in line" with UN Security Council resolutions.

Muslim leaders at a summit in Istanbul on 13 December call on the international community to recognise east Jerusalem as the capital of a Palestinian state.

Mr Abbas says there can be "no peace or stability" in the Middle East until then.

On 18 December, the United States vetoes a draft UN resolution rejecting Mr Trump's recognition of Jerusalem. All 14 other Security Council members had backed the measure.

The UN General Assembly on 21 December overwhelmingly adopts a resolution against the US declaration. 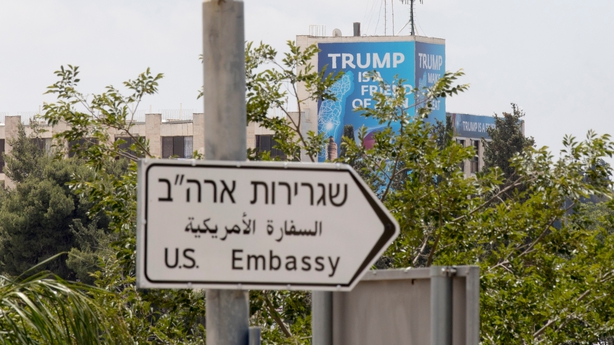 Slap of the century

On 14 January, Abbas denounces White House peace efforts as "the slap of the century" and reiterates the Palestinians no longer accept the United States as a peace mediator.

On 16 January, Washington holds back $65 million that had been earmarked for the UN relief agency for Palestinian refugees, UNRWA.

US Vice President Mike Pence on 22 January receives a warm welcome in Israel but is snubbed by the Palestinians.

On 20 February, Mr Abbas calls at the UN Security Council for an international conference to launch a new peace process and pave the way to Palestinian statehood.

Three days later US officials announce that the embassy will relocate to Jerusalem on 14 May, coinciding with the 70th anniversary of Israel's independence.

On 19 March, Mr Abbas labels the US ambassador to Israel, David Friedman, a "son of a dog".

Palestinians on 30 March kick off a major protest campaign on the Gaza border to demand the right to return to homes they fled in 1948 at the creation of Israel.

In the weeks that follow, at least 53 Palestinian protesters are killed in confrontations with security forces. 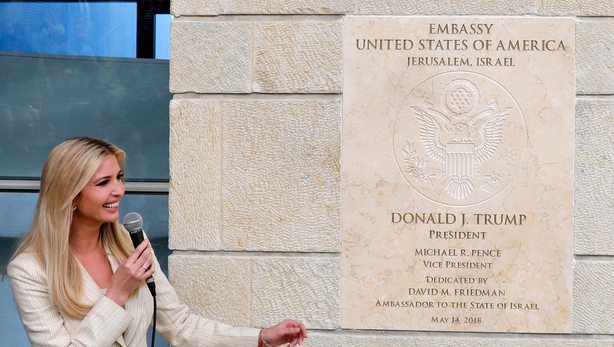 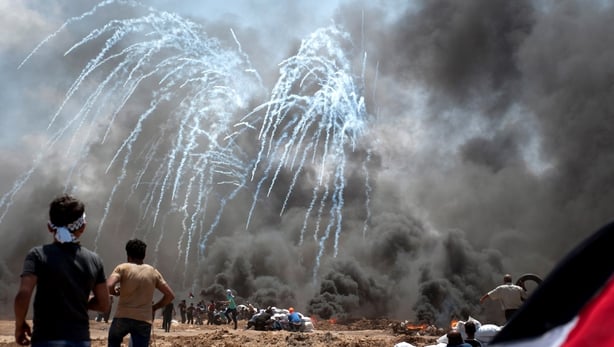 Hours before the new embassy is inaugurated, violence erupts on the Gaza border.

It leaves more than 40 Palestinians dead from Israeli fire and hundreds wounded in the conflict's bloodiest day in years.