US President Donald Trump vowed that missiles would be launched at Syria following a suspected chemical attack, virtually ensuring a military strike against President Bashar al-Assad.

The question now becomes what the United States, probably with France and Britain, will hit in war-torn Syria, and what are the risks of escalation and miscalculation with Mr Assad's allies Russia and Iran.

What will it target?

The United States, France and Britain want to send a clear and definitive message to President Assad that the future use of chemical weapons will not be tolerated.

One way to ensure Mr Assad cannot use such weapons is to conduct strikes on his chemical infrastructure, including by targeting factories and weapons holding areas.

However, such an action carries risks, including the possibility of unintentionally unleashing a cloud of toxic gas into the environment.

The strike could also target what is left of Mr Assad's air force and air defences, though the delay between Saturday's attack and an eventual retaliatory strike means he likely will have moved his warplanes to safety.

Jennifer Cafarella, a Syria analyst for the Washington-based Institute for the Study of War, told AFP that one potential target would be Dumayr military airport northeast of Damascus, from where regime aircraft used in Saturday's attack may have launched.

How big will the strike be? 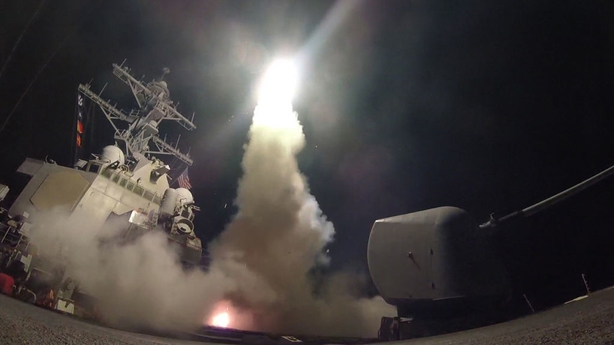 But the strike was limited and designed to not draw America into the chaos of Syria's bloody civil war.

Since then, the Syrian government is alleged to have repeatedly used chlorine and other chemicals, forcing Pentagon planners to consider broader action.

Ms Cafarella said the US must decide how far it wants to go in terms of hitting Iranian proxy forces near US positions in eastern Syria, or even targeting Russian-supported facilities.

"The president has publicly stated that he intends to hold not just Assad but his backers accountable as well," she noted.

How will it be launched? 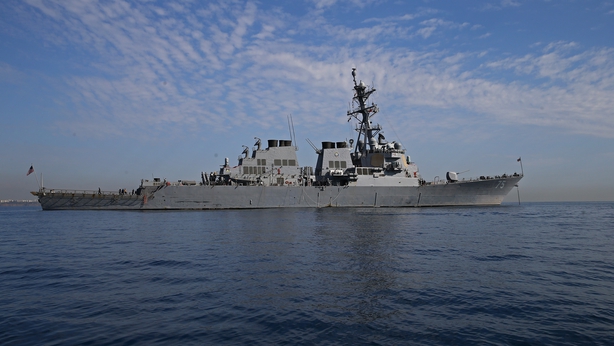 A strike against Syria will likely come in the form of missiles, as was the case last year.

The United States would not want to risk putting manned fighters over Syrian air defences - a shoot-down would send the conflict spiraling in unforeseeable new directions.

The USS Donald Cook (below), an Arleigh Burke-class guided-missile destroyer, is within easy striking range of Syria, as is a French frigate with its own cruise missiles.

These two ships, possibly aided by a US submarine, are likely to play a role in a strike.

The US also has B-2 bombers at its disposal. These stealth planes were used in 2017 against the Islamic State group in Libya, having flown all the way from America on a 34-hour round trip. 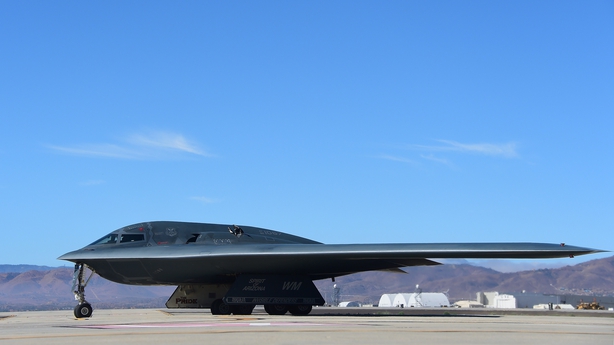 What are the risks?

The reaction from Russia is unpredictable and it has threatened retaliatory action against the United States if missiles are fired at Syria.

The Russian army has accused the White Helmets civil defense organisation of staging a chemical weapons attack in Douma, where observers say more than 40 people died in a gas attack.

NBC News reported this week that Russia has learned how to use GPS jammers to limit the capabilities of US drones operating over Syria.

"The US has to be very careful not to accidentally strike Russian targets or kill Russian advisors," Ben Connable, a senior political scientist at the RAND Corporation, told AFP.

"That significantly limits the number of options available to the United States, because the Russians are embedded in many cases with the Syrians."

Mr Connable warned that if the US accidentally or purposefully kills uniformed Russian soldiers, there would potentially be a dangerous escalation between the two nuclear powers.