The Mayor of London, Sadiq Khan, has backed the use of stop-and-search powers by the Metropolitan Police amid a spate of attacks in the city that has left six people dead in the past week.

He said people will see more arrests as a result of intelligence-led searches of suspects carrying an offensive weapon and that it would "hopefully make the city safer".

Speaking to the BBC, Mr Khan also urged family members and friends of people carrying knives to help tackle the problem by urging them not to leave home with weapon.

Some 300 extra officers are being deployed in badly hit parts of London amid the spike in deadly violence, while the Metropolitan Police Chief Cressida Dick had to insist the force had not lost control of capital's streets.

It emerged on Thursday that the Met has opened 55 murder investigations in London this year and there were six non-fatal stabbings from Thursday night into Friday morning in the British capital.

The rising wave of violent crime meant the number of suspected murders in March was higher than that of New York.

Sara Thornton, chairman of the National Police Chiefs' Council, said that a backlash against the controversial powers had gone too far while rates of gun and knife crime have surged.

Ms Thornton, a former chief constable, called for police to be supported in their use of stop-and-search powers in areas worst-hit by violent crime, stressing they are an "important tool" in helping to protect the public.

Making her case in an article for the Daily Telegraph, Ms Thornton wrote: "This power may have been used too freely in the past, but the pendulum has now swung too far in the opposite direction.

"Our officers must know that we back them to use their powers - lawfully and respectfully, but with confidence." 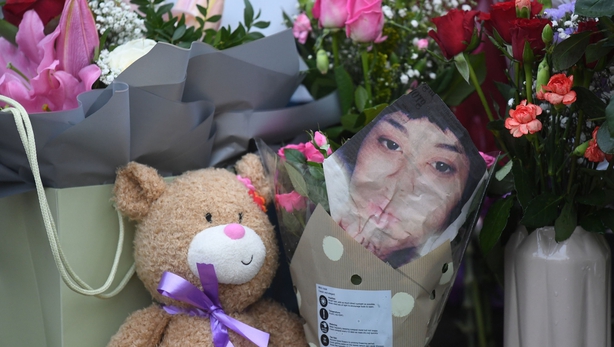 On Friday a 30-year-old man was arrested in Hackney over the murder of Tanesha Melbourne-Blake, 17, who was gunned down in Tottenham on Monday.

The teenager was killed in a drive-by attack as she sat chatting with friends in a killing that shocked the capital.

Ms Dick said the spate of violence in the capital was "very worrying", describing the spike as "unusual".

She defended the Met's record of bringing criminals to justice and said she believed the perpetrators of the recent killings would face the courts.

Yesterday afternoon a section 60 order, granting police stop and search powers across the Borough of Newham, was announced in response to an incident where a 13-year-old boy was stabbed in Gainsborough Avenue the previous day.

A Met officer told the Press Association stop-and-search efforts on members of the public had been increasingly uncovering weapons.

However Sergeant Paul Perversi said that the popularity of smartphones and social media has "massively" encouraged more people to challenge officers during a search, with many people stopping to film the process and post footage online.

"I would say it happens more often than not," he said.

"If you stop two people out of ten, you will have five people who get their phone out. Then you go and search on YouTube and I'm there."

Ms Thornton said that the increase in violent crime was not limited to London, with figures showing knife crime has increased by 21% and gun crime by 20% year-on-year across the country.

As a policing method, stop and search has been criticised for disproportionately targeting poorer areas and ethnic minority groups.

Head of Thames Valley police between 2007 and 2015, Ms Thornton said that police were trained to exercise the powers with "dignity and respect", while advances such as body-worn cameras could increase public support for the method.

She wrote: "I am not advocating random stop and search, or abusing our powers in headlining-grabbing crackdowns. I am advocating policing that we know works, targeted patrols of hotspots, with our officers certain we are behind them to use their judgment and their powers in the public interest."