A fire has ripped through a warehouse of the UN's World Food Programme in Yemen's rebel-held Red Sea port of Hodeida, destroying humanitarian aid supplies, authorities have said.

Hodeida is Yemen's largest port and a lifeline for people in the war-battered country dependent on food imports and, according to the United Nations, on the verge of famine.

The Saba news agency of the Houthi rebels reported a "massive" blaze and said large quantities of aid was destroyed, without giving further details.

An official in Hodeida said that four warehouses were engulfed in flames and estimated that 50 tonnes of food was destroyed.

An official from Yemen's internationally recognised government urged UN agencies deployed in the country to investigate the blaze. 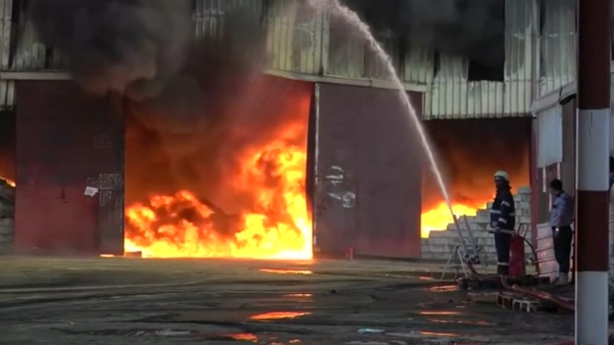 Abdel Raguib Fateh, who was quoted by the state-run Saba news agency, also implicitly accused the Houthis of responsibility, saying the "criminals behind this fire should be punished".

Nearly 10,000 people have been killed in Yemen since a Saudi-led coalition intervened in the country in March 2015 to push back the Houthis who captured the capital Sanaa and forced the government into exile.

Around 53,000 people have also been wounded since then.

The United Nations says the conflict has triggered the world's worst humanitarian crisis, as 22.2 million people need aid and 8.4 million are on the verge of famine.

Yemen, which depends on food imports, is also struggling with cholera and diphtheria outbreaks.