Three years after Saudi Arabia and its allies joined the Yemen war, triggering a devastating humanitarian crisis, the conflict is at a deadly impasse.

Iran-backed Houthi rebels remain in control of large parts of the country, including the capital Sanaa, and government forces have struggled to retake territory, despite the support of a coalition led by the powerful Saudi military.

As the conflict rumbles on - with 27 million people caught in the middle - cracks are beginning to show in the unity of the coalition.

On March 26, 2015, Saudi Arabia, joined by the United Arab Emirates and other allies, launched an operation aimed at reinstating the government of President Abedrabbo Mansour Hadi.

His successor, Martin Griffiths, arrived on Saturday to a political quagmire that grows more complicated by the month.

One thousand days of war have further punished a people already living in the Arab world's most impoverished country.

Nearly 10,000 people have been killed since 2015, as one million people fight cholera and another eight million look famine in the face.

Analysts say there seems little hope of the situation changing. 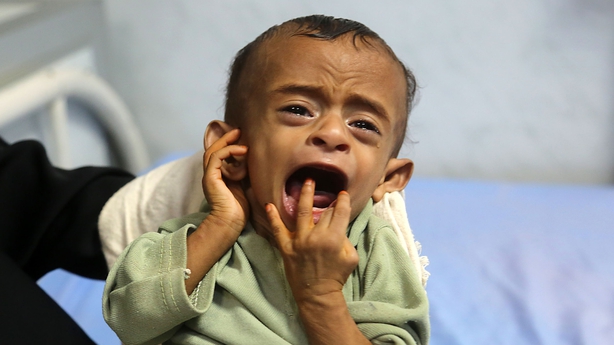 The gunning down of longtime leader, Ali Abdullah Saleh, by his spurned Houthi allies in December 2017 killed hopes the ex-president could broker a silver bullet peace deal with Saudi Arabia.

"While there does not seem to be a serious push by either party to divide Yemen, there seems to be investment in maintaining the status quo of weakness and that hinders the chance of a political solution," said Yemeni analyst Majed al-Madhaji.

Territorial control has not changed hands much over the past year: the Houthis control Sanaa and much of the north, while the south is nominally under the control of Mr Hadi's government, but is now effectively in the hands of rival separatist forces, which include troops trained by the UAE.

Long marginalised in Yemen, the Houthis have consolidated their grip on power after the death of their onetime ally Ali Abdullah Saleh, the ex-president killed by rebel forces in December.

"Even if the Saudi-led coalition ... advances along the Red Sea coast, as it appears to be doing, the Houthi front will not collapse," said Robert Malley and April Longley Alley of the International Crisis Group.

"The most the Saudis can hope for is prolonged guerrilla warfare in the inhospitable northern highlands," they wrote in a column this month.

The Saudi-led alliance is meanwhile starting to show signs of unravelling, analysts say. A spokesman for the Saudi-led coalition declined to comment.

The official narrative from Riyadh and Abu Dhabi has been one of unconditional support for Mr Hadi, who has lived in the Saudi capital since 2015.

But reports that Saudi Arabia could be open to talks with the Houthis have been swirling, and Saudi Foreign Minister Adel al-Jubeir hinted at a press conference in Washington last week that the Iran-backed Houthis could "play a role" in Yemen's future.

"Although neither the Saudis nor the Emiratis have yet split from the coalition, signs of tension have emerged," said Rice University's Kristian Coates Ulrichsen.

"The two combatants face very different perceived and actual threats that range from border security and territorial incursions for Saudi Arabia to the region-wide campaign to crush Islamist groups in the case of Abu Dhabi," Coates Ulrichsen wrote in a Project on Middle East Political Science (POMEPS) memo.

"This has produced distinct alignments with local forces on the ground, with the Saudis backing president Hadi and the Emiratis supporting various factions and militias in southern Yemen that reject Hadi's leadership."

The UAE, which deployed troops to Kosovo in the 1990s, has had more impact on the ground, working closely with the Yemeni army and training southern troops.

This has given them the upper hand in southern Yemen, where they back the separatists who wrenched control of the south from Mr Hadi, their former ally, in January.

But despite divergent priorities, analysts say the coalition will likely hold strong.

"We cannot bet on the differences between them," said Madhaji. "The fact that they need each other precedes any disagreement between Saudi Arabia and the UAE.

"There are clear political differences between the two... but what unites them is the joint need to manage the complex military situation on the ground."