This week marks the seventh anniversary of the Syrian conflict, which has seen hundreds of thousands killed and millions more displaced. An end to the conflict seems a long way off, but how did we get to this stage?

Special report: Images from Syria as the conflict enters its eighth year

Syria was once considered one of the most stable countries in the Middle East. Economically it was better off than most of its neighbours and it had a small but growing middle class.

It was home to well over 20 million people and had high literacy levels. The average life expectancy was 72 years of age.

But many Syrians complained about high unemployment and widespread corruption. International human rights organisations regularly criticised the country as a single-party police state.

The country was under Emergency Law from 1963 to 2011, which effectively suspended constitutional protections for its citizens. Freedom of expression, association and assembly were all strictly controlled.

Thousands of political prisoners were held in jails and major opposition groups were banned. The government blocked access to several internet sites and maintained strict control of the media.

Syria has been ruled by the avowedly secular Baath party, or more specifically by the Assad regime since the 1970s. Hafez al-Assad (below, right) ruled from 1971 until his death in 2000, when his son Bashar al-Assad took power. 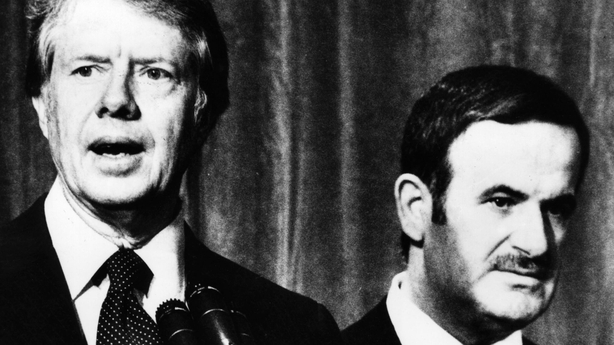 The country experienced its worst ever drought in the years prior to the war breaking out. In some areas, all agriculture ceased. In others, crop failures reached 75%.

Hundreds of thousands of Syria's farmers fled to the cities and towns in search of work. It is estimated that between 2 million and 3 million of Syria's 10 million rural inhabitants were reduced to "extreme poverty".

How did it begin?

In 2011, a series of anti-government protests and uprisings known as the Arab Spring spread across the Middle East. This prompted a group of teenage boys in the Syrian city of Deraa to spray anti-government grafitti on a school wall.

They were later arrested, detained and tortured, leading to a series of peaceful protests in the city. On 18 March, four protesters in Deraa were shot dead by security forces.

The unrest triggered nationwide protests and by that summer hundreds of thousands were taking to the streets.

In July 2011, defectors from the military announced the formation of the Free Syrian Army, a rebel group aimed at overthrowing the government. 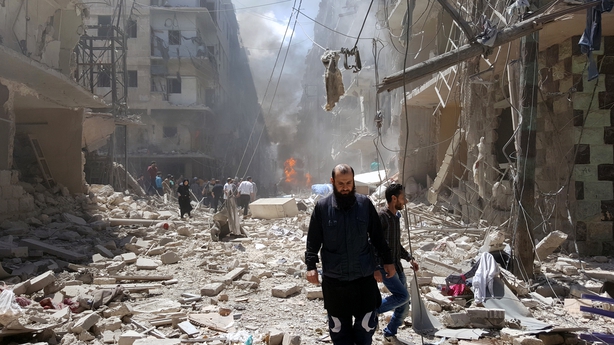 What began as an internal conflict became something infinitely more complex with many other countries and groups becoming involved.

The Syrian government is backed by Iran and Russia, and thousands of Shia militiamen from Iran, Lebanon, Iraq, Afghanistan and Yemen are fighting alongside the Syrian army.

The rebels are a diverse and fractured group, united only by their common goal of bringing down the Assad regime.

The US and other Western countries have provided varying degrees of support to what they consider "moderate" rebels. Several Gulf states, including Saudi Arabia and Qatar, have also provided support to the insurgency. 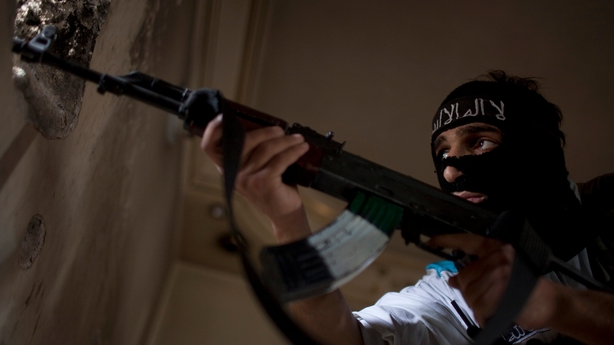 Al-Qaeda and the Islamic State group joined the rebellion, with IS creating its own caliphate in Northern Syria.

That has now largely been dismantled in no small part due to the efforts of US backed Kurdish fighters. This has increased tension with Turkey, who invaded the Kurdish held region of Afrin in the northwest of Syria this January.

Many observers believe that a series of proxy wars are being fought in Syria between Sunni and Shia states and between the US and Russia.

The main battles in the war have centred around prolonged sieges in cities such as Homs and Aleppo.

In both cases hundreds of thousands of civilians, were trapped under heavy bombardment for months on end, with food, water and medical supplies in short supply.

Both of these sieges ended in the defeat of rebel forces and their withdrawal from the cities. 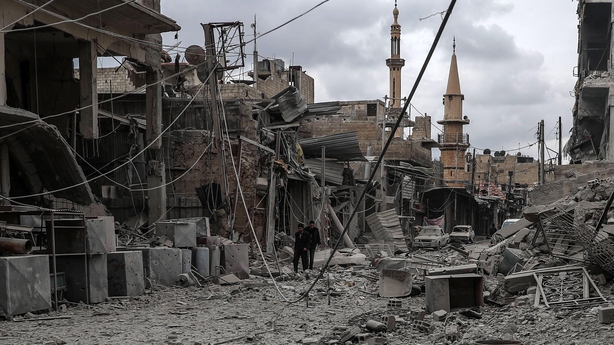 How is the country now?

More than 500,000 people have been killed. Half of the population has either fled abroad or been internally displaced. Many of the country's cities and towns lie in ruins.

There have been huge demographic changes, with entire communities transported elsewhere at the end of battles.

The fate of hundreds of thousands of people who were imprisoned remains unclear. 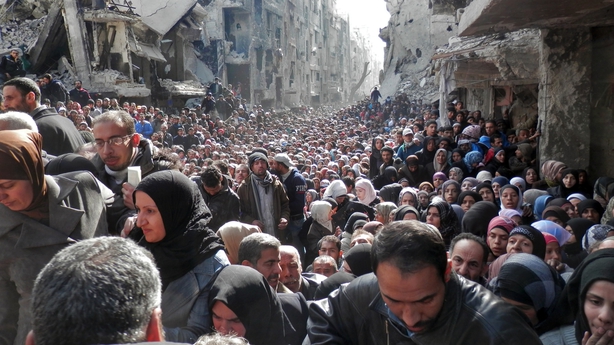 The government has regained control of Syria's biggest cities, but large parts of the country are still held by rebel groups.

At present, Syrian government forces are to trying to take control of the last rebel stronghold near Damascus, Eastern Ghouta. Around 400,000 civilians have been under intense bombardment there for several weeks.

Many analysts believe the main battles of the war may be nearing an end but that the conflict itself is far from over.

The fear is that Syria is a country, broken beyond repair.