Russian double agent Sergei Skripal and his daughter were poisoned with a nerve agent, counter-terror police in Britain believe.

Assistant Commissioner Mark Rowley, the head of counter-terrorism policing, said the incident was being treated as attempted murder and the pair had been "targeted specifically".

He declined to specify the nerve agent or how it was administered.

Mr Skripal, 66, and his 33-year-old daughter Yulia are fighting for their lives in hospital days after being found slumped on a bench in Salisbury.

A police officer who was among the first on the scene is also in a serious condition and his family are being supported, Mr Rowley said.

He said: "Having established that a nerve agent was the cause of the symptoms, leading us to treat this as attempted murder, I can also confirm that the we believe the two people who originally became unwell were targeted specifically".

"Our role now of course is to establish who is behind this and why they carried out this act."

Hundreds of detectives, forensic officers and analysts are working on the case, he said. 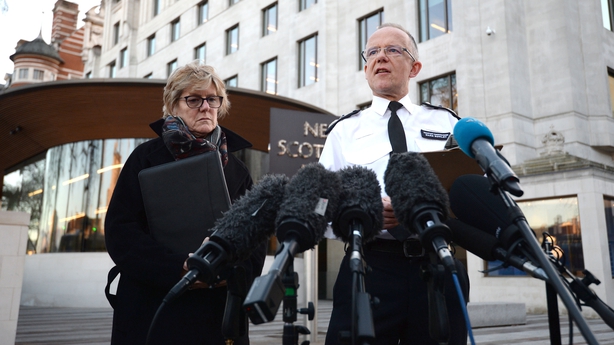 Who is double agent Sergei Skripal?

Nerve agents, which are chemical weapons, have been used in assassinations and attacks in war zones in recent years.

Kim Jong-un's half-brother Kim Jong-nam was killed at an international airport in Malaysia last year in an attack using a nerve agent known as VX.

Another well-known nerve agent, sarin gas, was used to kill more than 90 people in a rebel-held area in Khan Sheikhoun, Syria, drawing international condemnation of the Assad regime.

Mr Rowley reiterated his appeal for anyone who was in Salisbury city centre on Sunday to come forward to help with the "missing pieces" in the case.

Scotland Yard said detectives were "keeping an open mind as to what happened" and that the situation had not been declared a terrorist incident.

Dame Sally Davies, the chief medical officer, said the incident posed a "low risk" to the public and advised that all the sites the par were known to have visited had been "secured".

The investigation has triggered a diplomatic row and prompted crisis talks in London, but British Home Secretary Amber Rudd said police must respond to "evidence, not to rumour".

She said: "We must let the police carry on their work, they will share what they can but I'm sure there will be more updates as the investigation continues. "This is likely to be a lengthy and ongoing process.

Fresh CCTV, obtained by ITV News, has emerged showing Mr Skripal chatting to a shop attendant while shopping for milk, scratchcards and food five days before he and his daughter were found unconscious on a bench. 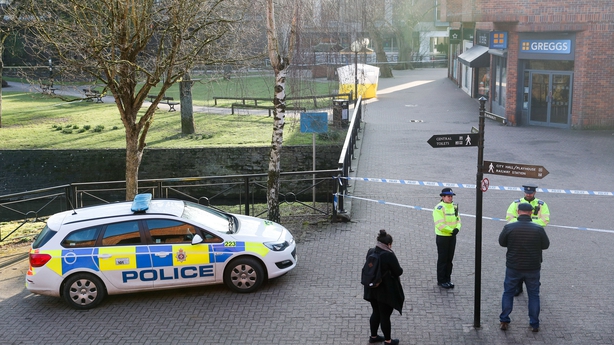 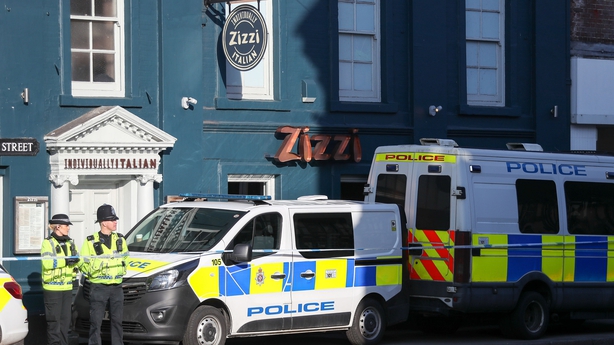 It comes as counter-terror officers extended the cordons in Salisbury city centre, and also sealed off part of a business park in nearby Amesbury.

British Prime Minister Theresa May, echoing Foreign Secretary Boris Johnson, confirmed in the House of Commons that the government will look at whether ministers and dignitaries should attend the World Cup in Russia if investigators find links to the Kremlin.

Mr Johnson noted that the case had "echoes" of the death of Alexander Litvinenko, a Russian dissident who was fatally poisoned in London in 2006, and said the UK would respond "robustly" if it there was state involvement.

The Russian embassy said it was "completely untrue" to suggest the country's special services were involved and criticised Mr Johnson for speaking "in such a manner as if the investigation was already over".

Mr Skripal was convicted in 2006 of passing state secrets to MI6 before being given refuge in the UK as part of a spy swap.

The former colonel in Russian military intelligence, who was sentenced to 13 years in prison, was among four convicts who were given pardons and one of two sent to Britain in 2010 in a deal that was said at the time to be the largest exchange since the Cold War.