A student survivor of the Parkland school shooting called out US President Donald Trump today over his ties to the powerful National Rifle Association, in a poignant address to an anti-gun rally in Florida.

"To every politician taking donations from the NRA, shame on you!" said Emma Gonzalez, assailing Mr Trump over the multi-million-dollar support his campaign received from the gun lobby - and prompting the crowd to chant in turn: "Shame on you!"

Wednesday's massacre, which claimed 17 lives at Marjory Stoneman Douglas High School, has fueled urgent calls for an end to the national deadlock over gun control - with a string of shooting survivors rallying behind the cause.

The gunman, 19-year-old Nikolas Cruz, was able to legally buy an assault rifle despite a history of troubling and violent behaviour. 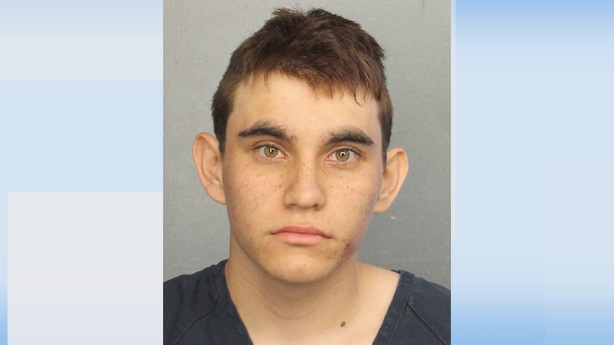 In Washington, however, the political response has made clear that the powerful NRA pro-gun lobby remains formidable, while Mr Trump himself suggested the root cause of mass shootings was a crisis of mental health - making no mention of gun control.

"If the president wants to come up to me and tell me to my face that it was a terrible tragedy and... how nothing is going to be done about it, I'm going to happily ask him how much money he received from the National Rifle Association," said Ms Gonzalez.

"It doesn't matter because I already know. Thirty million," she told the rally attended by fellow students, parents and local officials, citing the sum spent by the NRA to support Mr Trump's election bid and defeat Hillary Clinton.

Dividing that sum by the number of shooting victims in the United States so far this year, Gonzalez asked: "Is that how much these people are worth to you, Trump?"

The US leader also tweeted a day after the massacre that neighbours and fellow students had failed to flag Cruz to the authorities.

So many signs that the Florida shooter was mentally disturbed, even expelled from school for bad and erratic behavior. Neighbors and classmates knew he was a big problem. Must always report such instances to authorities, again and again!

US authorities have come under mounting scrutiny for failing to act on a series of warning signs.

The FBI admitted yesterday it received a chilling warning in January from a tip that said Cruz could be planning a mass shooting, but agents failed to follow up.

Cruz was also known to local police after his mother repeatedly called them over his violent outbursts, while records obtained by the South Florida Sun Sentinel show welfare services investigated Cruz after he cut his arms and said he wanted to buy a gun.