France will not give in to British demands for the financial services sector to be covered by a Brexit trade deal, French President Emmanuel Macron indicated after talks with British Prime Minister Theresa May.

The UK and France are "making a new tapestry together", Mr Macron said as the countries agreed new cooperation on defence and measures to tackle the migrant crisis.

But in a sign of how difficult forthcoming trade talks will be he stressed the UK would have to abide by European legal jurisdiction and contribute to the Brussels budget if the City of London is to be covered by a deal after Britain leaves the European Union.

Mrs May insisted the strength of the City of London benefited both sides in the Brexit talks.

The top-level summit at the Royal Military Academy, Sandhurst, saw Mrs May commit tens of millions of pounds to strengthen UK border controls in France while Mr Macron confirmed the loan of the Bayeux Tapestry to Britain in 2022. 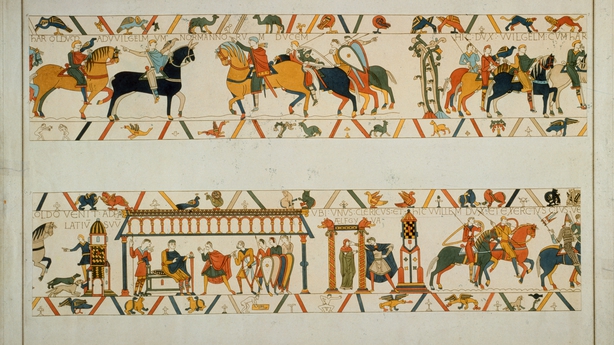 A new treaty between the two countries will enable the improvement of security at Calais, costing the UK around £45 million.

The treaty will also allow an acceleration in the processing of migrants seeking to come to the UK via Calais, with a reduction from six months to one month for adults and 25 days for children.

Mr Macron said the current situation in the channel port was "not satisfactory".

But he said the new treaty would allow him to fulfil his 2016 vow that after Brexit "migrants will no longer be in Calais".

He said:  "We can either manage the border together or it will be a disastrous situation. It is not a gift for France. It is some joint management. "

Mrs May defended the decision to commit extra resources to Calais. 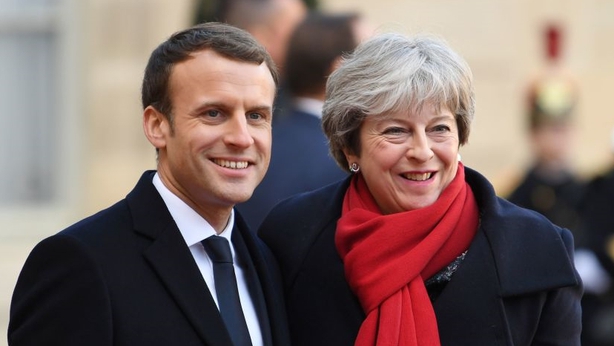 She said:  "This is in our national interests, it is also in the interests of France to ensure that we have as secure a border as possible at Calais and other ports."

The French president, making his first visit to Britain since entering the Elysee Palace, was greeted at Sandhurst with a guard of honour from the Coldstream Guards.

The choice of venue was appropriate as the countries committed to closer defence and security co-operation between "Europe's two foremost military powers", Mrs May said.

Asked why he wanted to exclude financial services from a future UK-EU free trade agreement, Mr Macron said: "I am here neither to punish nor to reward.

"I want to make sure that the single market is preserved because that is very much the heart of the EU."

Mrs May has committed the UK to leaving the single market, but Mr Macron indicated that was the only way to get the access she wanted for the economically important financial services industry.

"If you want access to the single market, including the financial services, be my guest. But it means that you need to contribute to the budget and acknowledge European jurisdiction.

"Such are the rules, and we know the system already in place for Norway."

Mrs May restated her call for a deep and special partnership and comprehensive trade agreement between the UK and EU after Brexit.

"We recognise that as we leave the EU we will no longer be full members of the single market," she said.

But it was in the interests of both sides in the talks to have a trade  deal that covered both goods and services, she said.

"I think the City of London will continue to be a major global financial centre.

"That is an advantage not just for the UK, it's actually good for Europe and good for the global financial system."