The Republican-controlled US House of Representatives has given final approval to the biggest overhaul of the US tax code in 30 years, sending a sweeping $1.5 trillion bill to President Donald Trump for his signature.

The House approved the measure, 224-201, passing it for the second time in two days after a procedural foul-up forced another vote. The Senate had passed it 51-48 in the early hours this morning.

Mr Trump had emphasised a tax cut for middle-class Americans during his 2016 election campaign.

At the beginning of a Cabinet meeting, today, he said lowering the corporate tax rate from 35% to 21% was "probably the biggest factor in this plan". 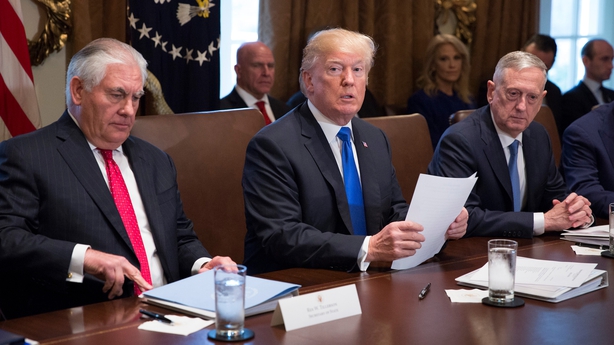 In a tweet after the vote, he said: "We are delivering historic tax relief for the American people."

Mr Trump celebrated with politicians at the White House this evening but will not sign the legislation immediately. The timing of the signing is still up in the air.

White House economic adviser Gary Cohn said the timing of signing the bill depends on whether automatic spending cuts triggered by the legislation could be waived. If so, the president will sign it before the end of the year, he said.

The debt-financed legislation cuts the US corporate income tax rate to 21%, gives other business owners a new 20% deduction on business income and reshapes how the government taxes multinational corporations along the lines the country's largest businesses have recommended for years.

Millions of Americans would stop itemising deductions under the bill, putting tax breaks that incentivise home ownership and charitable donations out of their reach, but also making tax returns somewhat simpler and shorter.

The bill keeps the present number of tax brackets but adjusts many of the rates and income levels for each one.

The top tax rate for high earners is reduced. The estate tax on inheritances is changed so far fewer people will pay.

Once signed, taxpayers likely would see the first changes to their pay cheque tax withholdings in February. Most households will not see the full effect of the tax plan on their income until they file their 2018 taxes in early 2019.

Statement from President Trump on the passing of #TaxReform - "I promised the American people a big, beautiful tax cut for Christmas...." #TaxCutsandJobsAct @rtenews pic.twitter.com/2BqTSOYoWH