US President Donald Trump has warned that Venezuela is "collapsing," and suggested the United States may take additional steps to restore democracy.

Mr Trump told Latin American allies gathered on the fringes of the United Nations General Assembly that President Nicolas Maduro "defied his own people" and was guilty of "disastrous rule" that may necessitate further punitive measures.

"The Venezuelan people are starving. Their country is collapsing," he said.

Washington has already imposed sanctions on the crisis-stricken country and Mr Trump warned on 11 August that the US was mulling a range of options against Venezuela, "including a possible military option if necessary."

Mr Trump did not repeat that warning, but said the United States was prepared to take further action, without offering details.

"Their democratic institutions are being destroyed," he said. "Our goal must be to help them and restore their democracy." 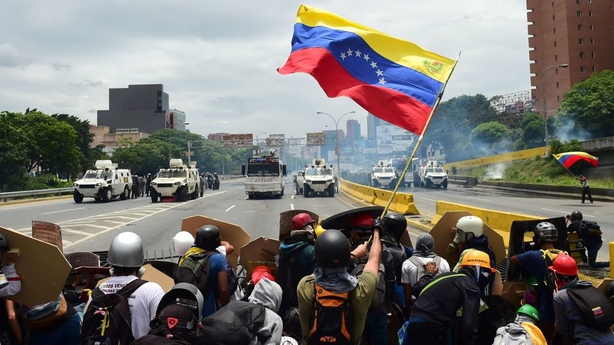