Kenya's President Uhuru Kenyatta secured a second term in office, the election commission announced this evening, but the opposition rejected the result saying the process was undermined by fraud.

Mr Kenyatta (below) got 54.3% of Tuesday's vote, ahead of rival Raila Odinga who secured 44.7%, according to figures released by election commission head Wafula Chebukati. Nearly 80% of the 19 million registered voters cast their ballots. 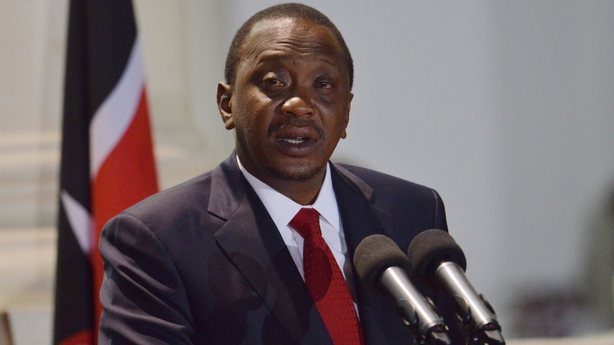 Many Kenyans fear a repeat of the violence that followed the 2007 contested election, when about 1,200 people were killed and hundreds of thousands displaced as protests over the result led to ethnic killings.

Speaking after the result was announced, Mr Kenyatta offered an olive branch to the opposition, urging national unity and peace.

"To our brothers, our worthy competitors, we are not enemies, we are all citizens of the same republic."

Earlier today, the opposition, led by Mr Odinga, who has lost the last two elections amid complaints of fraud, said it rejected the process after its complaints had not been addressed.

"We raised some very serious concerns, they have not responded to them. As NASA (opposition coalition) we shall not be party to the process they are about to make," senior opposition official Musalia Mudavadi told reporters.

James Orengo, one of Mr Odinga's lieutenants and an election agent for the opposition coalition, said the process had been a "charade".

He praised the Kenyan people's history of standing up to stolen elections and said there were "constitutional alternatives" to challenging any result, but he stopped short of calling for protests.

Police had beefed up security across much of Kenya - particularly in opposition strongholds in the west and parts of Nairobi - in anticipation of the announcement of the election result.

Kenya is the leading economy in East Africa and any instability would be likely to ripple through the region.