Stricter screening of passengers and luggage at Australian airports will stay in place indefinitely after police foiled an alleged "Islamic-inspired" plot to bring down a plane.

Local media said the plot may have involved a bomb or poisonous gas.

The increased security procedures were put in place after four men were arrested at the weekend in raids conducted across several Sydney suburbs.

The men are being held without charge under special terror-related powers.

The Australian Federal Police would not confirm media reports the alleged plot may have involved a bomb disguised in a meat grinder or the planned release of poisonous gas inside a plane.

Yesterday, he said police believed the plot is "Islamic-inspired terrorism". 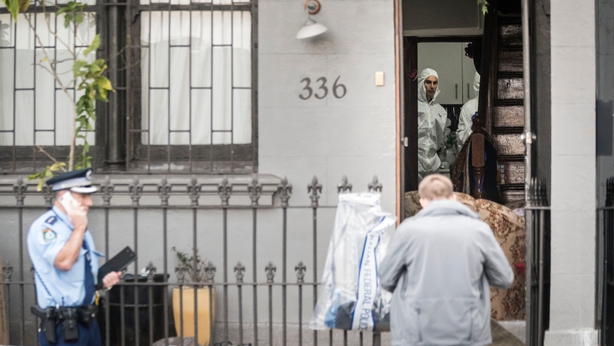 Immigration and Border Protection Minister Peter Dutton told reporters in Melbourne that the alleged plot to down an aircraft could prompt longer-term airport security changes.

"The security measures at the airports will be in place for as long as we believe they need to be, so it may go on for some time yet," said Mr Dutton.

"It may be that we need to look at the security settings at our airports, in particular our domestic airports, for an ongoing enduring period," he said.

Mr Dutton advised passengers to arrive at airports three hours before international flights and two hours for domestic flights in order to clear the heightened security.

Inter-state travellers are subjected to far less scrutiny than those travelling abroad with no formal identification checks required for domestic trips.

A source at a major Australian carrier said airlines and airports had been instructed by the government to ramp up baggage checks as a result of the threat, with some luggage searches now being conducted as passengers queued to check in their bags. 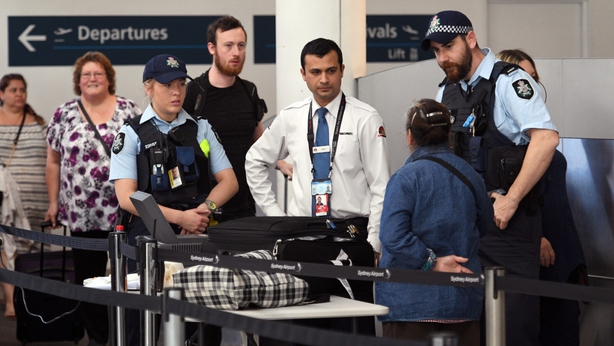 Counter-terrorism police have conducted several recent raids, heightening tensions in a country that has had very few domestic attacks.

Three males pleaded guilty in the New South Wales state Supreme Court today to "conspiracy to commit acts in preparation for a terrorist act or acts" in 2014, a court spokeswoman said, while another two pleaded guilty to lesser charges.

Police previously said the men planned an attack on targets which included police headquarters in Sydney, along with civilian targets. The offences are not related to the alleged plane bomb plot.

The 2014 Lindt cafe siege in Sydney, in which the hostage-taker and two people were killed, was Australia's most deadly violence inspired by the so-called Islamic State.