A little-seen painting by Jean-Michel Basquiat that sold for $19,000 in 1984 soared to an astounding $110.5 million at Sotheby's last night.

It is the second-highest price ever for a work of contemporary art.

Basquiat's vibrant, untitled 1982 portrait achieved the sixth-highest price for any work of art at auction, bearing testament to the eagerness of deep-pocketed collectors to spend freely on trophy pieces.

It also set records for an American artist, as well as for the artist, who died in 1987.

The canvas was bought by entrepreneur Yusaku Maezawa, founder of e-commerce giant Start Today, after a protracted, old-school bidding war that included four participants beyond the $60 million pre-sale estimate. 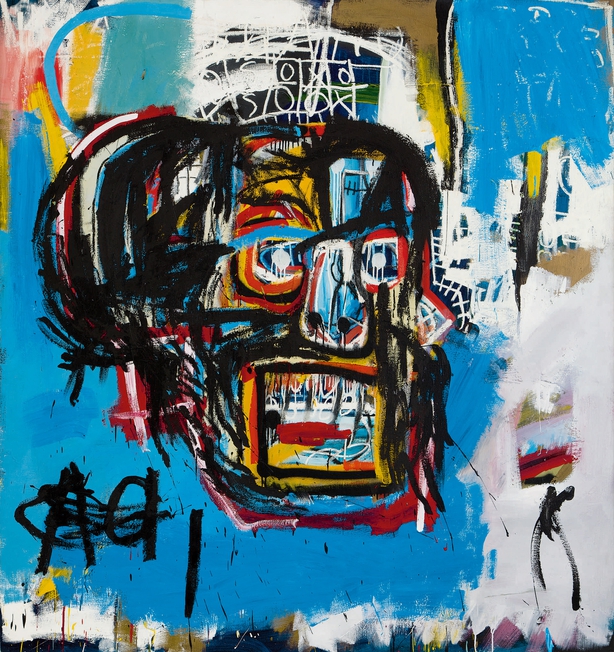 Mr Maezawa said he intends to lend the work for public exhibitions before housing it in his own museum in his native Chiba, Japan.

Sustained whoops and cheers broke out as the hammer came down in Sotheby's packed sales room.

"This is what the auction theater is really about," Mr Barker added. "You had two determined bidders who really had to have this picture.

The room's atmosphere, he observed, took on that of a nightclub after the Basquiat's success.

The price also put Basquiat, who died of a heroin overdose in 1988 aged 27, into the pantheon of such artists as Picasso, Giacommetti, Warhol and Francis Bacon, Barker noted.

The sale was not without other highlights, though none in the same league.

Both works sold in the middle of their estimate range.