As a condition of the settlement, Dao's lawyers Thomas Demetrio and Stephen Golan did not disclose the total amount in a statement announcing the deal.

The US airline has been trying to repair its image since the 9 April incident, in which Chicago airport security officers dragged the 69-year-old doctor off a full flight in order to make room for airline crew.

Dr Dao suffered a concussion, a broken nose and teeth, according to his lawyers.

"United has taken full responsibility for what happened on Flight 3411, without attempting to blame others, including the City of Chicago," Mr Demetrio said in the statement.

"For this acceptance of corporate accountability, United is to be applauded."

Mr Demetrio had earlier in the day lauded the airline for operational changes it announced in an effort to avoid a repeat of the incident.

With its chief executive promising to refocus on customers, the company said it will change its policies to, among other things, offer passengers up to $10,000 in compensation for giving up a seat on an overbooked flight, and reduce overbooking in the first place.

United Airlines criticised after passenger who refused to voluntarily give up seat is forcefully removed from flight https://t.co/gphPorriEn pic.twitter.com/qaCfawUZIE 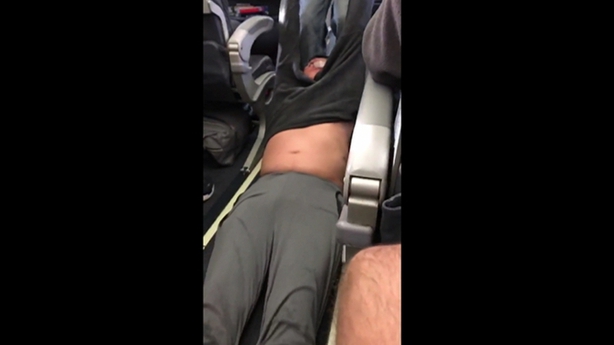 Those and other changes, which the airline called "substantial," are the result of a two-week internal review and were announced in a report released Thursday.

In an interview with NBC News, United chief executive Oscar Munoz said the airline will refocus its business by "putting the customer at the center" and work to ensure employees, passengers and law enforcement are not placed in "impossible situations."

Among them is a new customer service team to find "creative solutions" for passengers whose flights are disrupted or overbooked - solutions such as flying to alternate airports and using ground transportation.