A man armed with several knives has been arrested in Whitehall on suspicion of planning a terror attack, Scotland Yard said.

The 27-year-old suspect was carrying a rucksack containing at least three knives when he was detained "following a stop and search as part of an ongoing operation", police said.

The Metropolitan Police said in a statement that he was held at approximately 2.22pm by armed officers from the Specialist Firearms Command. 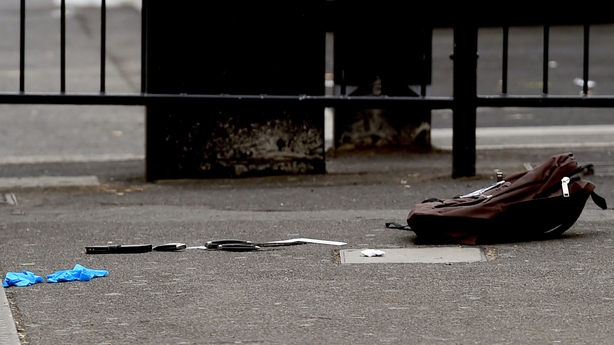 It went on: "The man, aged in his late twenties, was arrested on suspicion of possession of an offensive weapon and on suspicion of the commission, preparation and instigation of acts of terrorism.

"Knives have been recovered from him.

"He is being detained under the Terrorism Act and is in custody in a south London police station.

"Detectives from the Counter Terrorism Command are continuing their investigation, and as a result of this arrest there is no immediate known threat."

The suspect was held yards from the scene of last month's terror attack by Khalid Masood.

The bearded suspect, who was dressed in dark clothing, was wrestled to the ground on a traffic island at the Parliament end of Whitehall, close to the Foreign Office and the entrance to Downing Street.

Scotland Yard said one man had been arrested and there had been no reported injuries. 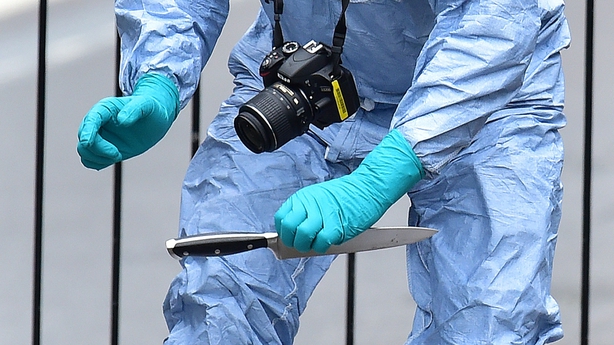 Images from the scene showed three knives on the ground close to a brown rucksack.

An officer in forensic overalls could be seen taking photographs of the knives.

The suspect was detained at the scene for several minutes within view of journalists and passersby before he was eventually taken away in a police vehicle.

Witnesses near Parliament Square said they saw a man in his 20s or 30s, who they thought was the suspect, being spoken to by police next to the wall of the offices. 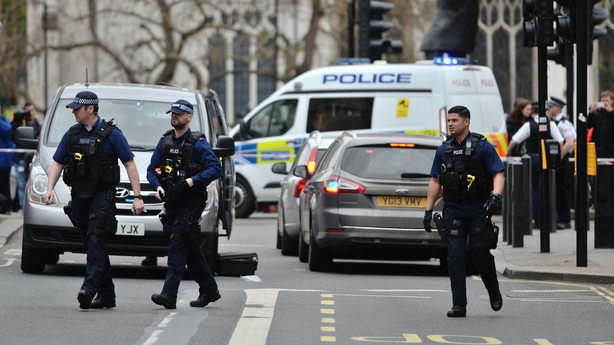 Prime Minister Theresa May was away from Number 10 on a campaign visit at the time of the incident, which did not disrupt work in Downing Street, said a spokeswoman.

"This is an ongoing police operation and we are monitoring it," said the Number 10 spokeswoman.

"The Prime Minister has been informed by officials and she will be updated, as usual for incidents like this."

Westminster has been on a state of heightened alert since Masood launched his attack on 22 March, killing five people, including Police Constable Keith Palmer.

Masood drove at pedestrians before stabbing PC Palmer as he guarded the cobbled forecourt of the Palace of Westminster. He was shot dead by police.