There is almost a sense of relief to be able to talk about the Brexit vote in terms of weeks rather than months, writes RTÉ London Correspondent Fiona Mitchell.

Instead of the frisson of excitement you might expect as Britain teeters on the edge of the biggest political decision in a generation, the general public seem largely turned off by a debate which has become even more polarising than everyone expected.

Starved of any public excitement, politicians and journalists alike have turned to the familiar hunting ground of polls. Well, it served us so well for last year’s UK general election after all!

Much has been made of changes in recent polls which suggested significant leads for both the Remain and Leave sides at different stages, but Professor John Curtice of Strathclyde University is keen to point out that we need to approach the polls with caution. Remember last May and the predictions which lay ahead of that ballot.

Firstly, he says, there are simply more polls taking place in recent weeks than there had been in the early stages of the campaign and that affects the psychology of the campaign.

When one or two polls show a dramatic increase in support for either Remain or Leave it generates headlines, not least because the poll has almost always been commissioned by a media outlet.

But if you look at the overall poll of polls in fact it has not changed hugely in recent weeks and still shows Remain hovering at 51% and Leave at 49%.

As debate season now gets under way, and the campaign is in the final days, we can expect to see even more polls, as analysts, pollsters and politicians desperately try to figure out if their campaigns are getting through to the electorate.

While in many ways it has felt like the Brexit campaign has been under way for a very long time, truthfully for an awful lot of UK voters it’s only starting now.

Up to now, UK voters have been aware of the tinkering on the edges of the EU debate.

The much lauded re-negotiation of the UK’s terms within the EU may was presented as ground breaking. 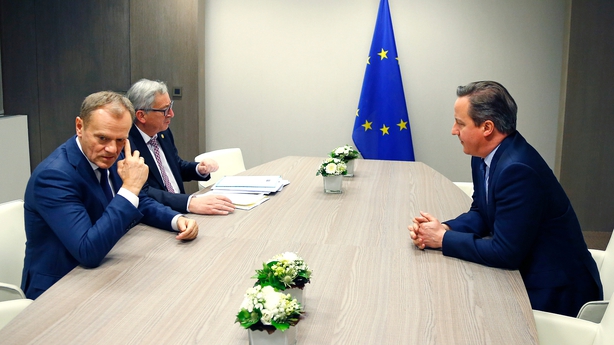 But it didn’t cut through to many voters.  In a highly unscientific experiment I have spent many minutes asking people if they can now remember anything of the "four pillars of reform" into which so much energy was poured.

I can say minutes because the answer never takes long - it is invariably "no".

It does not lead to a discussion of how they think those reforms will benefit the UK.

Generally, it leads to a slightly confused look, and an acceptance that no, it was not a huge life event and they will not be mulling over those reforms as they decide how they will vote on 23 June.

This campaign doesn’t rest on those four pillars.  It rests on two pillars - economics and immigration.

They started as the standout issues of this debate, and have continued as such.

Each side is desperate to keep discussion focussed on what they believe to be their stronger suit, and on the area where they can create most fear.

For Leave, that is economics. 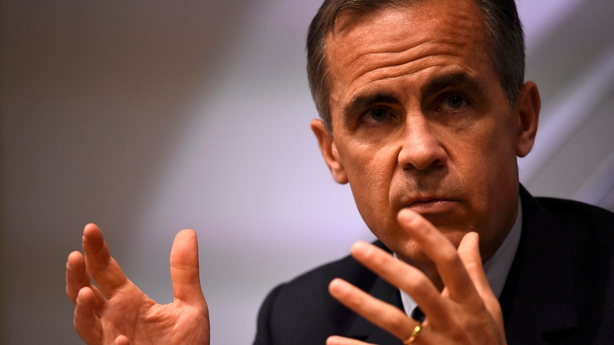 Bank of England Governor Mark Carney, IMF Managing Director Christine Lagarde, countless business leaders and captains of industry have all issued dire predictions of what could happen to the UK economy if it chooses to leave the EU.

A recent UK Treasury report had little comfort for those on the pro-Brexit side.

It suggested that a vote to leave the EU could cost up to 820,000 jobs within the first two years after a departure.  Short term it could tip the UK into recession in the 12 months after it leaves the EU, and could lower growth by between 3% and 6%.

Leave campaigners leap on the fact that these are economic projections, not certainties. No one can know, they say.

True, but therein also lies a problem for them. Vote Leave supporters cannot categorically say what will happen to the UK economy post-Brexit because there is no precedent for such a move.

Instead the tendency has been to cry foul and talk of an establishment conspiracy against a departure. 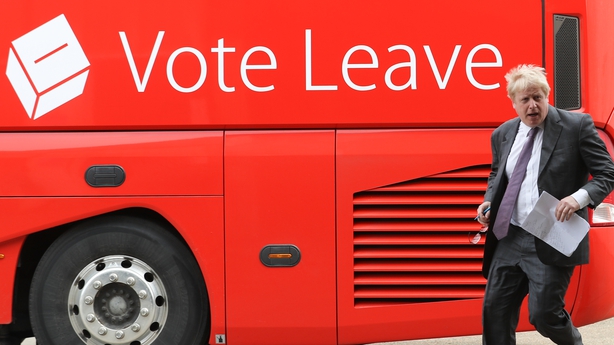 Mindful of course that people like Boris Johnson could hardly be called anti-establishment himself.

In fact many Brexiters now acknowledge that inevitably there may be some impact on the economy, but, they say, it would be short term.

Someone from the Leave campaign described it to me recently as an inevitable "bump in the road".

But no one likes bumps in the roads, particularly when the damage incurred by said bump can be minor or major.

Economic doom and gloom resonates with voters which is why Vote Leave would far prefer to look at the subject of immigration.

It’s where the campaign sees fear on which it can potentially capitalise.

Inevitably, when you ask people who are voting to leave why they are choosing to do so, immigration is the major concern.

Many cite wanting "a sense of Britishness" again.

One woman I spoke to recently described to me how she felt alienated in her own community.

"I don’t know or understand a lot of those cultures that are around me" she said and while she said she had sympathy for people fleeing from countries like Syria, she felt a line had to be drawn.

Her children disagree. They point out that her great grandmother was Irish, and question why she would now want to restrict people coming to the UK as her predecessors did.

It highlights the divide there is between age groups in the issue.

Most older voters favour a leave vote, most younger voters want to remain. 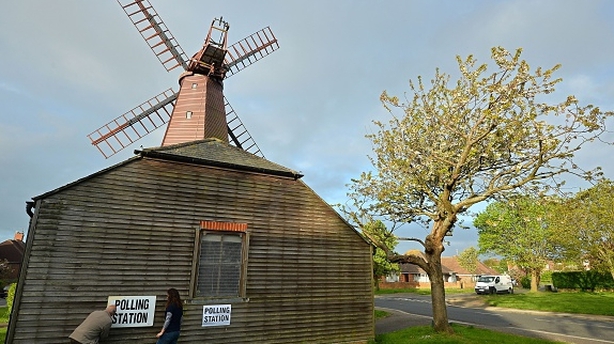 But statistics show the older voters are more inclined to vote. That’s why Vote Leave has chosen to highlight issues such as Turkey’s potential membership of the EU.

Claims that millions of Turkish migrants could pour into Britain play into the narrative of the EU as a tap which cannot be turned off.

The Remain camp is fast to point out that Turkish membership of the EU is very far away, if it happens at all.

They also point out that a veto by Britain could stop that happening, but only if Britain is still within the EU and able to participate in the decision-making process.

Figures from the UK’s Office for National Statistics which recently showed that net migration to the UK rose to 333,000 in 2015 - the second highest number on record - was grist to the mill for the Leave side.

It shows, they argue, the need to take back control and walk away from the EU.

There’s a reason both sides want to tap into voters’ fears.  It’s because fear works.

It’s what makes someone walk into a polling booth and have a pencil hover over one box, but finally tick the other.