Icelanders, not satisfied with the departure of the prime minister and a promise to hold elections this autumn, took to the streets again to demand the government quit over the Panama Papers leaks.

About 2,000 people showed up at parliament for another day of demonstrations, banging pots and pans and calling for immediate elections.

Iceland fell into political crisis this week after documents leaked from a Panamanian law firm linked the then Prime Minister Sigmundur David Gunnlaugsson to an offshore company that held millions of dollars in debt from failed Icelandic banks. He stepped down on Tuesday.

The centre-right coalition tried to appease Icelanders by naming Fisheries Minister Sigurdur Ingi Johannsson as prime minister and calling for early elections in the autumn.

But many Icelanders, who have a deep distrust in government following a 2008 banking crisis which wrecked the economy, are saying it is not enough that Mr Gunnlaugsson step aside.

Earlier on Thursday, the head of Iceland's anti-establishment Pirate Party - which polls show would win an election if held today - filed a vote of no-confidence motion in parliament.

The motion is seen however as largely symbolic since the coalition of the Progressive and Independence parties has a solid majority in the 63-seat parliament with 38 seats.

"How are we going to reclaim our reputation if things just go back to normal?" Birgitta Jonsdottir, head of the Pirate Party, told Reuters.

"We are the laughing stock in th einternational community because of the former PM. It's too little and too late."

A poll by Icelandic media outlet Visir showed this week 43% of those polled would cast ballots for the Pirate Party if elections were held now, a stunning victory for a group setup by opponents of copyright enforcement rules.

Panama to deepen talks with OECD

Meanwhile, Panama is to deepen talks with the OECD on sharing tax information in the wake of the "Panama Papers" scandal, its vice president told AFP in an exclusive interview.

"We are going to establish technical-level dialogue between Panama and the OECD specifically on exchanging information," said Isabel De Saint Malo, who is also the country's foreign minister.

She said the talks were agreed earlier the same day in a "very good" conversation with the head of the Organisation for Economic Cooperation and Development, Angel Gurria.

Panama is scrambling to avert being once again designated as a tax haven that facilitates money laundering, after the revelations of offshore dealings of many of the world's wealthy, famous and infamous in the so-called Panama Papers revelations.

The OECD has led the charge accusing Panama of not doing enough to implement transparency and information-sharing standards. 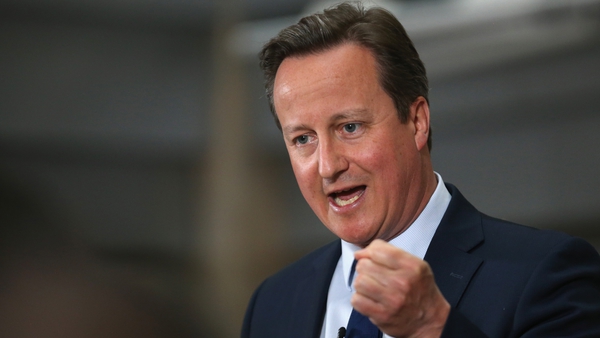 Spokesman says Cameron will not benefit from offshore funds News