Cheong Wa Dae is the Korean name for the executive office and official residence of the South Korean President Park Geun-hye, known as the Blue House in English.

Mr Kim has ordered his military to be on high alert "so that it may mercilessly pound the reactionary ruling machines in Seoul, the cesspool of evils, and advance to accomplish the historic cause of national reunification, once it receives an order for attack", the news agency said.

Tensions have been high on the Korean peninsula since the North conducted a nuclear test in January and a long-range rocket launch in February, which prompted new sanctions earlier this month by the United Nations Security Council.

Annual US-South Korea military exercises, which are ongoing, have added to tensions.

The drill also came ahead of a rare congress of the North's ruling Workers' Party in May.

Some analysts expect Mr Kim to claim a signature achievement, such as another nuclear test, in the run-up to the congress as he looks to bolster his stature at home.

President Park warned the North to end provocative actions and "escape from the illusion" that it will benefit from nuclear armament, ordering her country's military to maintain "maximum combat power".

"Reckless provocation will be the road to destruction for the North's regime," Ms Park said at an anniversary event for the 2010 sinking of a naval ship that killed 46 people.

The South blames the sinking on a torpedo attack by the North, which denies any role. 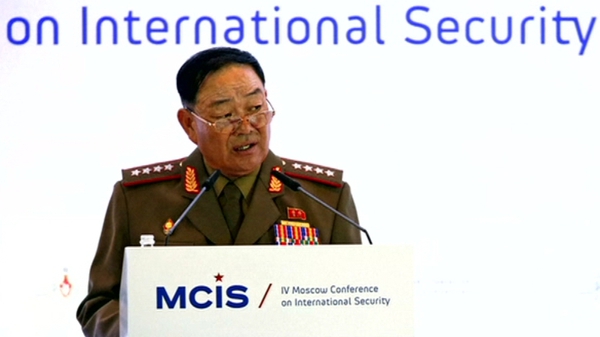