British Finance Minister George Osborne said he would announce deeper cuts to public spending this week in order to protect his plan to eliminate the budget deficit from a weakening of the economy.

Mr Osborne warned that China's slowdown, the oil price fall, interest rate changes in some countries and political instability in the Middle East meant the world was facing its most uncertain time since the financial crisis.

"In short, the hopes of a stronger global recovery have evaporated," he wrote in the Sun on Sunday.

"If we stick to the long-term economic plan, Britain can keep out in front. But with the world facing its most uncertain period since the Great Recession, that will mean redoubling our efforts."

Mr Osborne also said a decision by Britain to leave the European Union in a referendum in June would add to uncertainty.

He said his annual budget statement, which he is due to announce on Wednesday, would include action to ensure Britain stuck to his plan to fix its still weak public finances.

"So we're going to need to look for more savings in the public spending, so the country lives within its means," he said, going a bit further than a previous comment that he might have to cut spending further.

Mr Osborne is considered a leading candidate to replace Prime Minister David Cameron as head of the Conservative Party and has sought to affirm his commitment to fiscal discipline with his plan to turn Britain's budget deficit into a surplus by the end of the decade. 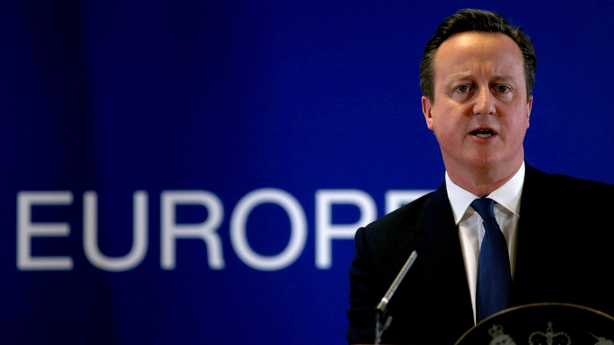 But that plan appears to have been knocked off course by a slowdown in Britain's economy which grew by 2.2% in 2015,weaker than growth of 2.4% pencilled into Mr Osborne's budget plans late last year.

Many economists have questioned the need to aim for a budget surplus and have warned that cutting spending too quickly now might aggravate the slowing of Britain's economy.

Capital Economics, a consultancy, said last week that Mr Osborne might announce spending cuts for the later part of the decade so as not to hurt growth in the short term.