Democratic presidential contenders Bernie Sanders and Hillary Clinton have sparred in a debate over who has the best chance to beat Republican front runner Donald Trump.

The debate featured sharp clashes over trade and the auto industry bailout, as well as a lengthy discussion of religion and mocked the level of discourse in the Republican White House race.

Ms Clinton and Mr Sanders both said they could not wait to face the brash billionaire Donald Trump in the 8 November election to succeed Democratic President Barack Obama.

"I think Donald Trump's bigotry, his bullying, his bluster are not going to wear well on the American people," Ms Clinton said.

"We have to end the divisiveness, we have to unify the country."

Bernie Sanders & Hillary Clinton have mocked the level of discourse in the Republican White House racehttps://t.co/BnipiBrGx9

Mr Sanders said he would "love" to run against Mr Trump and noted many opinion polls showed him faring better against him than Ms Clinton did.

He and Ms Clinton urged voters to compare the substance of their debate with the Republican versions, which last week featured name-calling and Mr Trump defending his penis size.

"We are, if elected president, going to invest a lot of money in mental health," Mr Sanders said, then cracked a joke.

"And when you watch these Republican debates, you know why we need to invest in mental health."

Mr Trump frequently says he will beat either Ms Clinton or Mr Sanders.

"I am the one person that she does not want to run against," he said of Ms Clinton at the weekend. 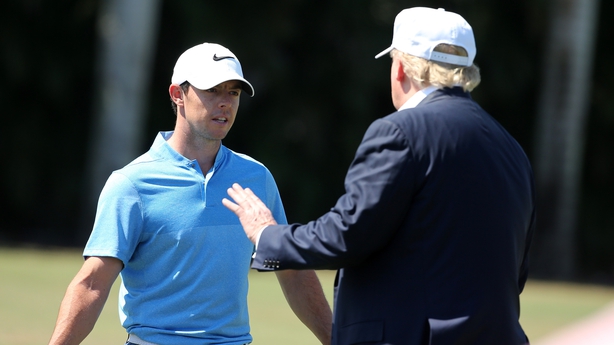 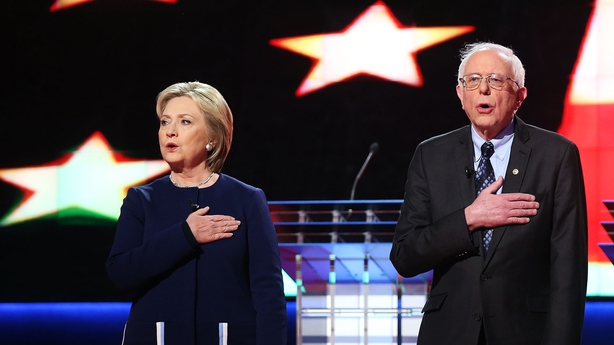 The debate in Flint, Michigan - which is suffering a water contamination and public health crisis - came as Mr Sanders has struggled to slow Ms Clinton's march to the presidential nomination.

Mr Sanders picked up some good news yesterday with a projected win in Maine's caucus.

With almost all of the precincts reporting, Mr Sanders beat Ms Clinton with 64.3% of the vote compared to her 35.5%.

It was an expected win for the self-proclaimed Democratic Socialist candidate, who hails from nearby Vermont and enjoys strong backing in the region.

Ms Clinton however remains far ahead in the total number of delegates needed to win the Democratic Party nomination.

Ms Clinton, a former secretary of state and first lady, has spoken on the campaign trail of the need for more love and kindness, a contrast to Mr Trump's rhetoric about his plans to deport illegal immigrants and temporarily bar Muslims from entering the country.

"I don't intend to get into the gutter with whoever they nominate, but instead to lift our sights," Ms Clinton said in the debate.

Describing herself as a "praying person," she said it was hard to imagine living under the pressure of the White House "without being able to fall back on prayer and on my faith. 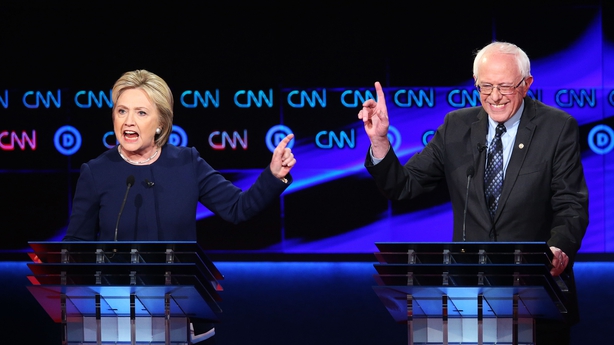 The two contenders cut each other off on several occasions, a rare occurrence in a race that has been much more polite than the raucous Republican presidential campaign.

"Excuse me, I'm talking," Mr Sanders said to Ms Clinton when she tried to interrupt.

"If you're going to talk, tell the whole story," she responded.

Ms Sanders pressed his charge that Clinton was too close to Wall Street and demanded again that she release the transcript of paid speeches she has given to Wall Street firms.

Ms Clinton said she would release them when all the candidates, including Republicans, also release transcripts of similar talks.

Throwing up his hands, Mr Sanders said: "I'll release it. Here it is. There ain't nothing. I don't give speeches to Wall Street."