Around 4,000 people joined a protest in London today against Britain potentially joining air strikes against the Islamic State group in Syria.

Parliament is expected to vote on the issue next week after Prime Minister David Cameron pushed MPs to back the move in the wake of this month's Paris attacks.

The demonstration was organised by the Stop The War Coalition protest movement.

Its chairman Andrew Murray urged demonstrators to "stand behind" Jeremy Corbyn, the leader of the main opposition Labour party and a former Stop the War Coalition chairman, in opposing air strikes.

"This is a conflict that cannot and will not be solved by bombing," Mr Murray told the crowd.

One demonstrator, 65-year-old John Offen, said he and others were worried about a "lack of planning" in the proposed military action. 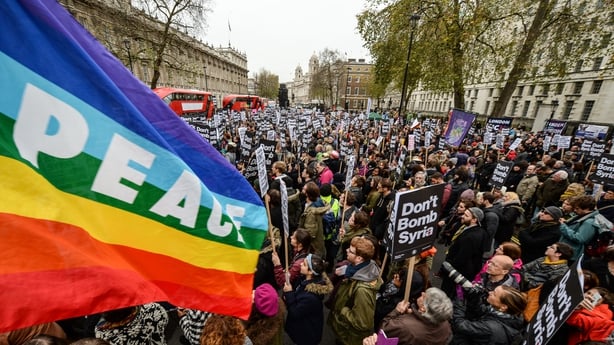 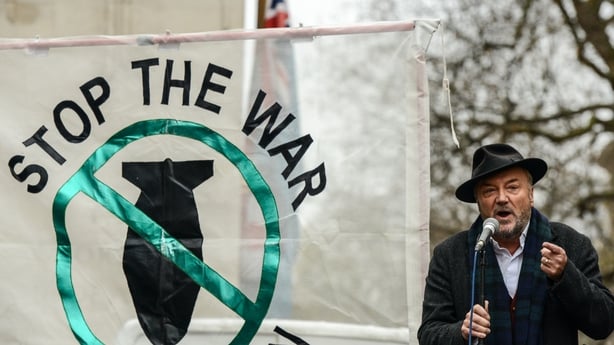 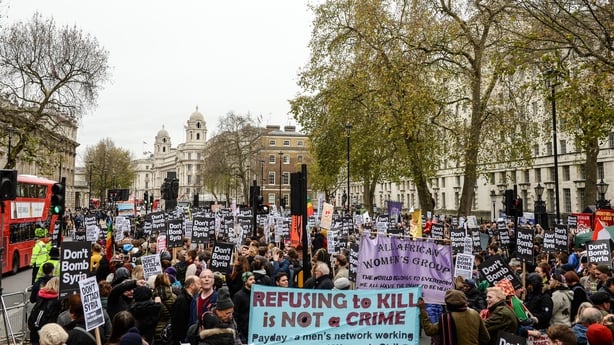 "We've had adventures in Iraq and Afghanistan," he added, referring to Britain's role in previous conflicts. "We've destabilised all these countries."

"I don't think this is the way to support our friends in France," Mr Rylance, star of 'Wolf Hall and 'Bridge of Spies', told reporters. "We've tried this way before."

Britain is already involved in air strikes against IS jihadists in Iraq but has not so far taken part in bombing the group's positions in Syria.

Mr Cameron's previous government suffered a humiliating defeat in 2013 over military action against the Assad regime and did not push joining air strikes in Syria to a vote last year, amid resistance from Labour.

Mr Corbyn is facing deep splits in his party over the looming vote.

He opposes air strikes while many of his MPs are in favour and he must decide imminently whether to let individual lawmakers vote with their consciences or try and force them to oppose it.