The US Senate has passed a bill giving Congress the right to review any final nuclear deal with Iran, after it overcame intense initial objections from President Barack Obama.

The bill, coming amid intense negotiations between world powers and Iran on a deal intended to prevent Iran's development of a nuclear weapon in exchange for lifting of economic sanctions, would give lawmakers at least 30 days to review, and potentially reject, an accord.

The vote sent the measure to the House of Representatives, which is expected to consider it as soon as next week.

The White House has said Mr Obama would sign it into law if it also passes the House, as expected.

Passage in the Senate came after months of intense discussion of how Congress could best have a voice in the ongoing negotiations between the US and five other world powers with Iran over its nuclear programme.

It was complicated by a dispute between Republicans and Democrats over a Republican invitation for Israeli President Benjamin Netanyahu, a critic of the nuclear talks, to address Congress, and the indictment of one of the bill's co-sponsors, Democratic Senator Robert Menendez.

Republican Senator Tom Cotton, the only member of the Senate who voted against the bill's passage, angered the White House by writing a letter to Iran's leaders in March saying that any nuclear deal would last only as long as Mr Obama remained in office.

During two weeks of debate in the Senate, the bill was threatened by a dispute between Republicans over amendments seeking to toughen the bill. 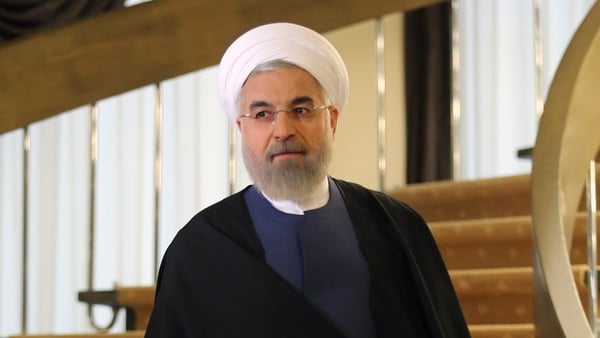 Iran will not accept nuclear deal unless all sanctions are lifted