The sanctions on the group include an international asset freeze, travel ban and arms embargo. Nigeria requested the listing of Boko Haram earlier this week.

Boko Haram kidnapped more than 250 girls from a secondary school in Chibok in remote north-eastern Nigeria on 14 April and has threatened to sell them into slavery. Eight other girls were taken from another village earlier this month.

"Today, the Security Council took an important step in support of the government of Nigeria's efforts to defeat Boko Haram and hold its murderous leadership accountable for atrocities," US Ambassador to the United Nations, Samantha Power, said in a statement.

"By adding Boko Haram to the UN's 1267 (al-Qaeda) sanctions list, the Security Council has helped to close off important avenues of funding, travel and weapons to Boko Haram, and shown global unity against their savage actions," she said.

Until recently, Nigeria had been reluctant to seek international assistance to combat Boko Haram.

Boko Haram's five-year-old insurgency is aimed at reviving a medieval Islamic caliphate in modern Nigeria, whose 170 million people are split roughly evenly between Christians and Muslims. The group is becoming, by far, the biggest security threat to Africa's top oil producer.

The draft UN listing entry, seen by Reuters on Tuesday, describes Boko Haram as an affiliate of al-Qaeda and the Organisation of al-Qaeda in the Islamic Maghreb (AQIM).

"Boko Haram has maintained a relationship with the Organization of al-Qaeda in the Islamic Maghreb for training andmaterial support purposes," according to the draft narrative summary accompanying the proposed listing.

"For example, Boko Haram gained valuable knowledge on the construction of improvised explosive devices from AQIM. A number of Boko Haram members fought alongside al-Qaeda affiliated groups in Mali (in) 2012 and 2013 before returning to Nigeria with terrorist expertise," it said. 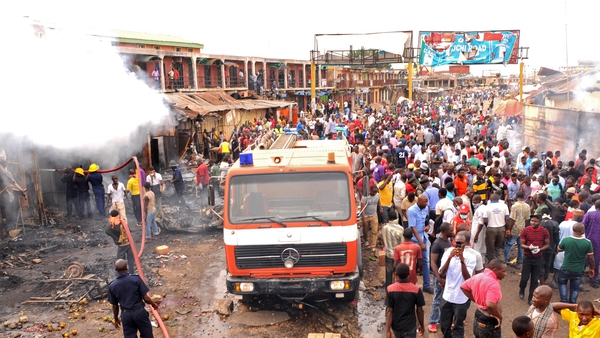 80 US soldiers sent to help in search for Nigerian schoolgirls