Inmates in North Korea's prison camps have suffered starvation, torture and other "unspeakable atrocities", UN human rights investigators said in their first report on violations in the reclusive state.

The paper, swiftly rejected by North Korea, uncovered a pattern of human rights abuses, the head of the independent inquiry told the UN Human Rights Council.

There has long been concern about reports of atrocities, including executions and torture, but they have largely been overshadowed by international alarm about North Korea's nuclear weapons.

The report came after pressure by Japan, South Korea and Western powers to investigate and begin building a case for possible criminal prosecution.

Inquiry head Michael Kirby said the findings were based on testimony from North Korean exiles, including former political prison camps inmates, given at public hearings in Seoul and Tokyo last month.

"They are representative of large-scale patterns that may constitute systematic and gross human rights violations," Mr Kirby said.

The former justice of Australia's top court told the council: "I have been a judge for a very long time and I'm pretty hardened to testimony.

"But the testimony that I saw in Seoul and in Tokyo brought tears to my eyes on several occasions, including testimony of Mr And Mrs Yokota."

Their daughter Megumi Yokota, 13, vanished on her way home from school in Japan in 1977.

She was one of 13 Japanese that Kim Jong-il, the late father of the current leader Kim Jong-un, admitted in 2002 to having kidnapped in the 1970s and 1980s to help train spies.

North Korea has said eight of them are dead, including Megumi.

Some North Korean exiles testified that they had faced torture and imprisonment "for doing nothing more than watching foreign soap operas on DVDs", Mr Kirby said.

A North Korean woman testified how she "witnessed a female prisoner forced to drown her own baby in a bucket".

Mr Kirby cited testimony of torture, starvation and punishing generations of families under the practice of "guilt by association".

He said the independent inquiry would seek to determine which North Korean institutions and officials were responsible.

The report did not say what kind of prosecution might be considered. North Korea is not a member of the International Criminal Court, but the UN Security Council can ask the Hague-based court to investigate alleged abuses by non-signatories.

It had been politicised by the European Union and Japan, "in alliance with the US hostile policy", Mr Kim said.

"We will continue to oppose any attempt of regime change and pressure under pretext of 'human rights protection'."

North Korea's main ally China, joined by Belarus and Syria, were among countries defending it during the 90-minute debate.

"Politicised accusations and pressures are not helpful to improving human rights in any country. On the contrary, they will only provoke confrontation and undermine the foundation and atmosphere for international human rights cooperation," said Chinese diplomat Chen Chuandong.

Recently the situation of the Korean Peninsula had shown a "positive trend of relaxation", he said.

The commission of inquiry was launched by the Geneva forum in March to investigate reports of violations in the secretive state, including possible crimes against humanity.

Shin Dong-hyuk, North Korea's best-known defector who escaped a political prison camp where he was born, was among those who testified in South Korea.

Mr Kirby, referring to Mr Shin, said: "We think of the testimony of a young man, imprisoned from birth and living on rodents, lizards and grass to survive and witnessing the public execution of his mother and his brother."

The investigators, who have not had access to the country despite repeated requests, said the testimony by defectors and other witnesses and "extensive evidence" stood unanswered.

Mr Kirby challenged North Korea to produce "an ounce of evidence" in its defence. 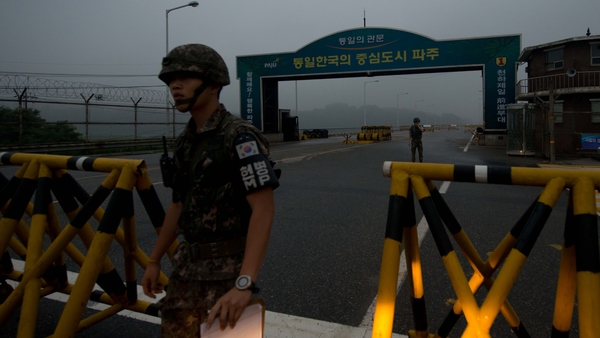