Egyptian President Mohamed Mursi is expected to address the nation today on the decree he issued last week.

The decree gave Mr Mursi powers to take any measures to protect the revolution, and stated that no court could overturn his decisions.

Protesters have said Mr Mursi's decree gives him dictatorial powers but a source close to the president told Reuters that explained the leader would seek to clarify otherwise.

"The president will address the nation on state TV on Thursday evening and will speak about the constitutional decree and why it was issued as well as the events that ensued afterwards," said the source.

A member of the Muslim Brotherhood with knowledge of how the decree came about told Reuters that Mr Mursi, his Vice-President Mahmoud Mekki, and two other independent legal experts started working on the decree in October after he failed to remove the then prosecutor general Abdel Maguid Mahmoud.

Mr Mursi's move triggered an outcry from judges who said he had exceeded his powers and large protests by Egyptians who accused him of attempting to take on the powers of a dictator.

"The president and his Vice-President began in October to work privately in the evenings after work with two legal experts to draft the decree that would allow him to remove the public prosecutor, among other matters," said the source.

He said that Mr Mursi chose to keep his advisors in the dark to avoid any leaking of the decree to the media or the judiciary.

The Muslim Brotherhood was not also aware of the decree, he said. 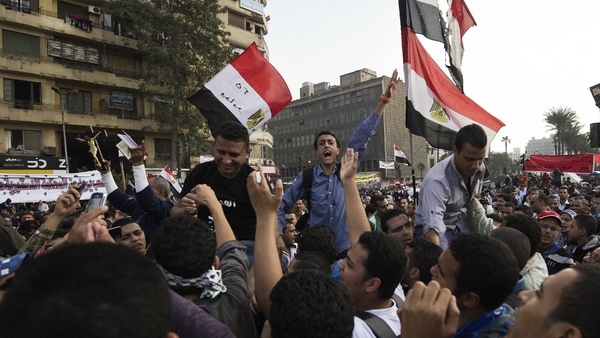 Protesters clash in Cairo ahead of planned demonstration