An 18-year-old man has been indicted over the fatal shooting of ten people in a Buffalo, New York supermarket, and is due in court later today, the office of the local county's district attorney said.

The district attorney's office declined to list the charges in the indictment against Payton Gendron, who was taken into custody following the 14 May shooting.

US media reported that he was charged on 25 counts of murder and domestic terrorism.

The New York Times reported that he was charged with first- and second-degree murder as hate crimes and three counts of attempted murder, along with other charges.

The district attorney's office said Mr Gendron was scheduled to appear in an Erie County courtroom this afternoon.

Prosecutors said Mr Gendron was targeting black people when he shot 13 people at a Tops Friendly Market store with a semi-automatic, assault-style rifle. 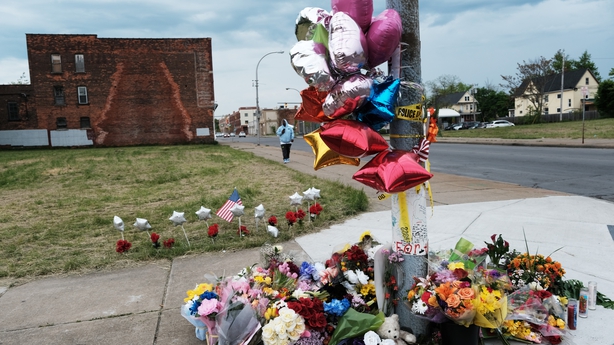 Authorities said the gunman broadcast video of the attack to a social media platform in real time. He is accused of posting white supremacist material online.

It marked the latest in a series of mass shootings across the United States.

On 24 May, an 18-year-old man opened fire at Robb Elementary School in Uvalde, Texas, killing 19 students and two teachers.

The shootings in Buffalo and Uvalde have re-ignited a fierce debate between advocates of tighter gun controls and those who oppose any legislation that could compromise the US constitutional right of Americans to bear arms.

US President Joe Biden, has joined fellow Democrats in calling for new gun restrictions, such as a ban on assault-style weapons and universal background checks for firearms purchases.