Firefighters battled to protect homes on the fringe of tinder-dry forests near Lake Tahoe as a wildfire chased thousands of residents and tourists from the popular resort destination in California's Sierra Nevada range.

The so-called Caldor fire has been burning since mid-August in the mountains east of the state capital, Sacramento.

It crested a ridgeline and roared downslope towards communities at the southern end of the Tahoe basin yesterday, triggering mass evacuations.

Traffic crammed local roads as South Lake Tahoe, a town of 22,000 residents, rapidly emptied out along with several nearby villages, leaving an area normally thronged by summer vacationers largely empty - except for the smoke.

By today, the blaze had charred more than 191,000 acres (77,300 hectares) of drought-parched forests, some 14,000 acres (5,665 hectares) more than the day before, while firefighters had managed to carve containment lines around just 16% of its perimeter.

At least 669 homes and other structures were listed as destroyed on Tuesday, up nearly 200 from a day earlier, with 34,000 other buildings considered threatened, according to the California Department of Forestry and Fire Protection (CalFire).

Three firefighters and two civilians were injured in recent days. 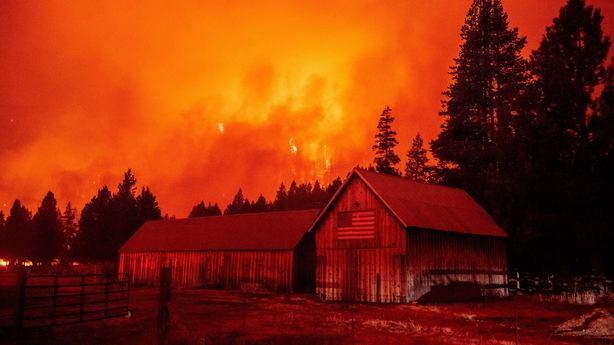 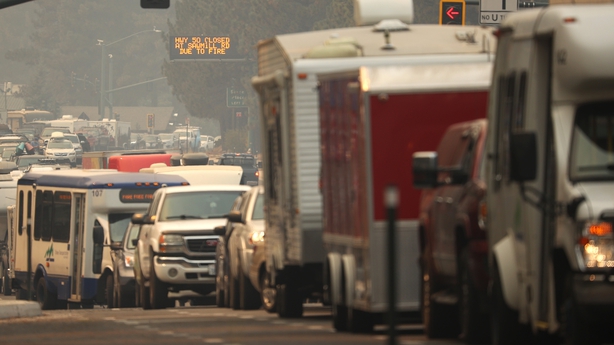 As of today, nearly 4,000 personnel and a squadron of over two dozen water-dropping helicopters were assigned to the blaze, whose cause remained under investigation.

Only the Dixie fire, which has charred 771,000 acres (312,000 hectares) farther north in the Sierras, has engulfed more territory this year than Caldor.

Both fires are among nearly two dozen raging across California and scores of others elsewhere in the West, during a summer fire season shaping up as one of the most destructive on record.

The blazes have been stoked by extremely hot, dry conditions that experts say are symptomatic of climate change.

Cal Fire and US Forest Service officials have described ferocious fire behaviour seen across the region as unprecedented.

The Forest Service has closed all 18 national forests in California to the public through mid-September, an extraordinary measure the agency has taken only once before - amid last year's catastrophic fire season.

The shutdown officially begins at midnight on Tuesday. 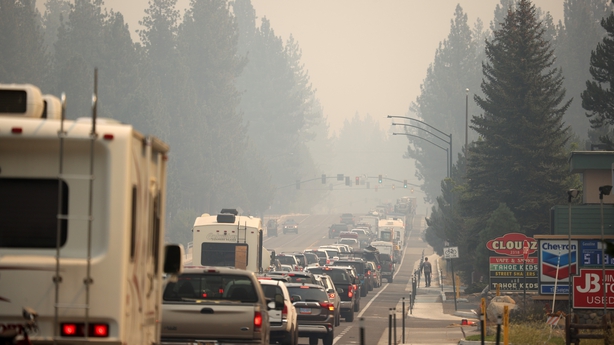 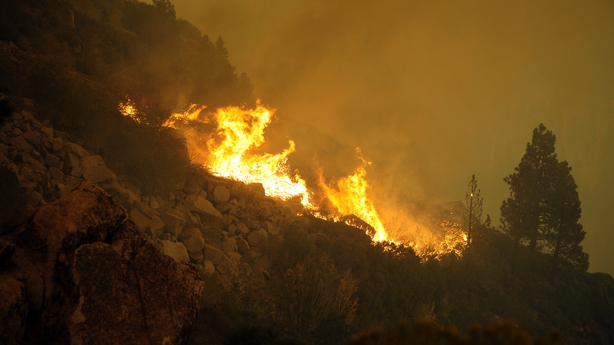