Three employees at CNN have been fired for violating the network's coronavirus policy by coming into the office unvaccinated, according to US media reports.

In an internal memo emailed to staff yesterday and obtained by several US media outlets, CNN President Jeff Zucker said that in the past week the company had become aware of three employees who came to work unvaccinated. All three were "terminated".

"Let me be clear - we have a zero-tolerance policy on this," he said in snippets of the memo tweeted by CNN media reporter Oliver Darcy.

His memo did not specify the fired employees' names, positions or office locations. CNN did not immediately reply to a request for comment.

The network had been relying on an honour system that required workers to be jabbed but did not demand they show proof. But Mr Zucker said that may change going forward.

Inoculations are mandatory for anyone reporting in the field, working with any other employees or entering the offices, he reportedly said in the memo.

In May, the United States federal government said it was legal for employers to require staff physically entering the workplace to be vaccinated against Covid-19.

Tech giants including Facebook, Google and Microsoft have all said they will require employees to get jabbed before returning to their US offices.

They are among several major US employers that have recently revised their virus policies, vaccine mandates or return-to-office dates as the fast-spreading Delta variant fuels another surge of Covid-19 cases.

In his note to staff, Mr Zucker said CNN will postpone its company-wide 7 September return-to-office date likely until some time in October.

Roughly one-third of the network's American newsroom staff are currently using the offices on a voluntary basis, he said.

United Airlines has become the first US airline to require all its domestic employees to be fully vaccinated against Covid-19.

The airline said employees would need to show proof of vaccination, five weeks after the US drug regulator fully approves any of the vaccines from Pfizer, Moderna or Johnson & Johnson - expected sometime in the autumn - or by 25 October, whichever is earlier.

A resurgence of COVID-19 in the United States due to the more infectious Delta variant has forced the US Centers for Disease Control and Prevention to reimpose some mask mandates and some companies to require vaccinations at workplaces. 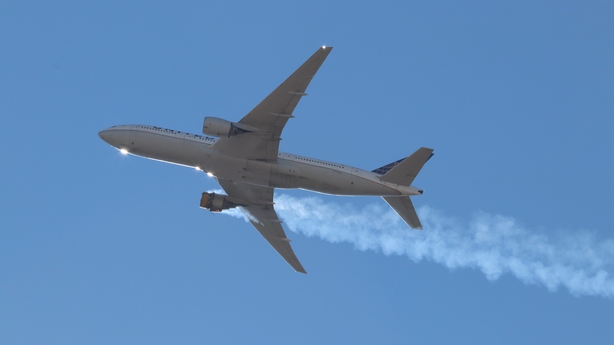 "The facts are crystal clear: everyone is safer when everyone is vaccinated," United Chief Executive Officer Scott Kirby and President Brett Hart said in a letter to employees.

They said they expected some employees would disagree with the decision but added that the instruction was issued to make the workplace safer.

Employees who get vaccinated before 20 September and those who have already received their shots will get an additional day of pay.

United's pilots union, which represents more than 12,000 pilots, said the vaccines requirement requires further negotiation with United, adding that a few pilots do not agree with the mandate.

Chicago-based United had reached a deal with its pilots' union in May that does not make vaccination mandatory, but provides extra pay to those who receive it.