New York's governor has issued new emergency measures to fight gun violence, as he made it easier for shooting victims to sue gun manufacturers.

Andrew Cuomo declared gun violence a "disaster emergency," against a backdrop of rising crime in New York City and across the United States.

He said that over the 4 July holiday weekend, at least 51 people were shot in New York State.

He unveiled special measures aimed at curbing an increase in shootings that have beset New York City since the outbreak of the coronavirus pandemic in spring last year.

"If you look at the recent numbers, more people are now dying from gun violence and crime than Covid," Mr Cuomo said in a press release. 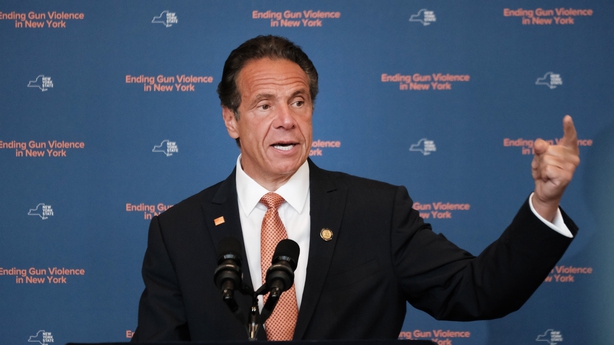 "This is a national problem but someone has to step up and address this problem because our future depends on it," he added.

The governor said he was appointing a special coordinator for the prevention of gun violence attached to the state's health services.

The office will have to coordinate with social services, prison services, police forces and others.

A special police unit to fight the trafficking of firearms from other states will also be created.

New York has some of the strictest gun laws in the US but it is easy to travel and buy weapons in the neighbouring states of Pennsylvania and New Jersey, which are more lax.

Mr Cuomo also announced $138 million of investment in intervention and prevention programmes, including $76 million to create jobs for young people deemed most at risk.

The governor signed two laws into effect yesterday as well.

One "public nuisance liability" law makes it easier for civilians to bring lawsuits against gun makers and dealers.

Manufacturers have been largely exempt from liability by federal law, which the New York law will circumvent.

The second is designed to prevent those wanted for crimes from being able to acquire a weapon.

These measures come as New York and the US face a sharp rise in crime since last summer.

The country's major cities saw a 30% increase in homicides in 2020, with Republicans accusing Democratic leaders of negligence.

President Joe Biden introduced measures on 23 June to limit the flow of firearms but a divided Congress makes it difficult for Democrats to pass laws.

In Chicago, 88 people were shot, 14 of them fatally, over the 4 July weekend.

The holiday weekend violence comes after increased media and police attention to the problem that has plagued Chicago all year.

The US's third-largest city is on pace for more murders than the 774 recorded in 2020 - which was Chicago's second deadliest year in the last two decades and more than New York and Los Angeles combined.

Last year 87 people were shot in Chicago, 17 fatally, over a four-day stretch that included 4 July. That is a day more than this holiday weekend, so this year's 4 July gun violence was worse.

Nationwide, there were more than 400 shootings over the 4 July weekend and at least 150 people died, according to data collected by the Gun Violence Archive. 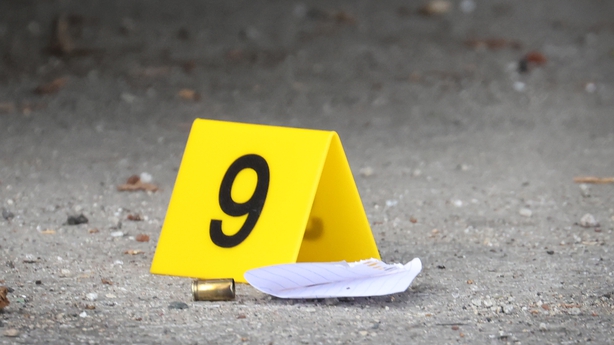 And along with five children who were shot this weekend in Chicago, two police officers - a commander and a sergeant - were also shot early on Monday morning while trying to disperse a crowd on Chicago's West Side.

They are recovering from non-life-threatening gunshot wounds.

Fed up with gun violence, mothers and grandmothers in Austin, one of Chicago's most violent neighbourhoods, went on a hunger strike and slept in a tent in the car park of an abandoned bank over the Independence Day weekend.

The women, who ranged in age from 21 to 71, included Rosetta Dotson, 67, who lost three nephews to gun violence over the years and Jackie Guider, 57, whose son was fatally shot by an armed robber on the streets of Chicago in 2016.

For mother and grandmother Jacqueline Reed, 71, things have never been so dangerous in Austin. The mother of three adult sons, Ms Reed said she did not fear for their safety when they were growing up, but times have changed.

"I was never afraid. They rode big wheels up and down the street and we didn't have that fear that something bad would happen," she said.