At least 34 people in the Vancouver area have died as a record-smashing heatwave engulfed western Canada and parts of the US Pacific Northwest, police have said.

"Although still under investigation, heat is believed to be a contributing factor in the majority of the deaths," Royal Canadian Mounted Police Corporal Michael Kalanj said in a statement, adding that most of the deceased were elderly.

In the US, the cities of Portland and Salem in Oregon, and Seattle in Washington set new temperature records in the heatwave that has shut down much of daily life for residents. 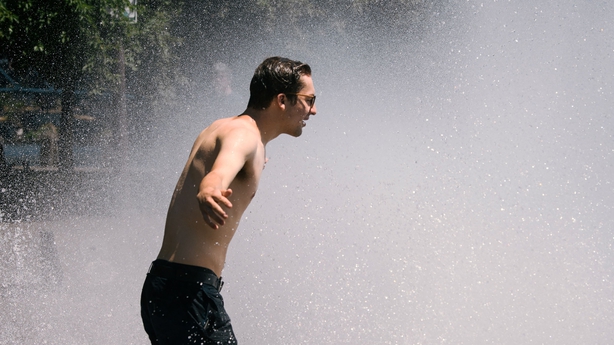 The heat has been attributed to a dome of atmospheric high pressure over the upper US Northwest and Canada, similar to conditions that punished California and southwestern states earlier this month.

Portland, known for rainy weather and sparse sunshine, was especially ill-prepared to handle the high temperatures. Shops sold out of air conditioning units and ice was hard to find.

Bars and restaurants closed because kitchen vents could not keep up with the rising temperatures, creating dangerous conditions for cooks.

Multnomah County, which includes Portland, has opened 11 emergency "cooling shelters", most of them in public libraries, where people without air conditioning could escape the sweltering heat. Oregon Governor Kate Brown, a Democrat, eased Covid-19 restrictions for theatres, swimming pools and shopping malls and residents flocked to public pools and even fountains to cool off.

The state capital of Olympia likewise set a new benchmark high of 40.5C (105F), exceeding its 2009 record by one degree, according to the Weather Service. The heatwave was expected to ease somewhat west of the Cascade range by today but persist through the week to the east of those mountains, it added.

Experts say extreme weather events such as the heatwaves that have descended on parts of the United States this year cannot always be linked directly to climate change.

Lytton in British Columbia broke the record for Canada's all-time high, with a temperature of 47.9C (118F).

"We are the second coldest country in the world and the snowiest," he said. "We often see cold snaps and blizzards but not often do we talk about hot weather like this."

"Dubai would be cooler than what we're seeing now."

Beaches and pools were packed while emergency services, overwhelmed with calls, warned of delays for ambulances.

Environment Canada issued alerts for British Columbia, Alberta, and parts of Saskatchewan, Manitoba, Yukon and the Northwest Territories, saying the "prolonged, dangerous and historic heat wave will persist through this week".