Lake Mead, the reservoir in Nevada created by Hoover Dam, has sunk to its lowest level ever, underscoring the gravity of the extreme drought across the US west.

Bleached-white embankments all around the dam, an engineering marvel that symbolised the American ascendance of the 20th Century, show how far the water level has dropped from its usual level.

Lake Mead is the largest reservoir in the United States.

It is crucial to the water supply of 25 million people including in the cities of Los Angeles, San Diego, Phoenix, Tucson and Las Vegas. 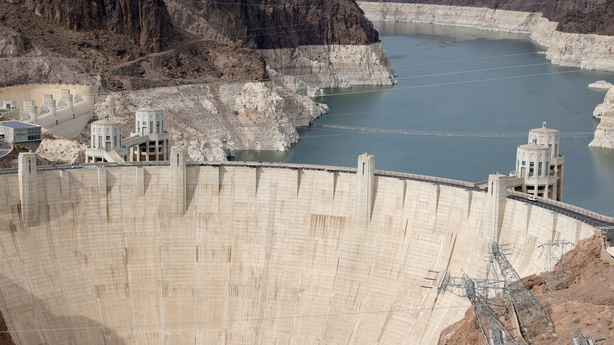 John Lingenfelter, 63, visiting the dam from Phoenix, Arizona, remembers a time when the water level was much higher.

"Back in 2000, we remember coming here on our motorcycles and the water level was 15 feet from the top of this.

His memory is backed up by the Bureau of Reclamation, which manages water resources in the western states.

The drought has been going on for 22 years, it said, the driest period in the agency's 115 years of record-keeping.

"The lake was about 95% full in year 2000, and now we're at 35%," said Patti Aaron, spokeswoman for the Bureau of Reclamation, Lower Colorado Region.

The critical situation was somewhat expected, according to Matthew Lichnet, a paleoclimatologist at the University of Nevada, Las Vegas. 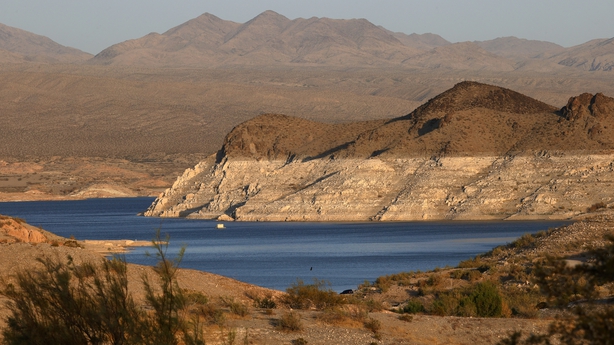 "So, the decrease in the water level at Lake Mead is mostly a human phenomenon in the sense that we're taking out more water that is flowing in. And we do know that."

Bruce Nelson, Director of Operations Las Vegas Boat Harbor and Lake Mead Marina, said the low water level is concerning, but it should not discourage tourists from visiting the man-made lake.

The lake is experiencing a record number of visitors, he said.

"Lake Mead is a huge lake. So, to think that because the water levels down this lake isn't a good boating lake is wrong.

"This lake is a wonderful boating lake. That's why it's one of the most visited parks in the national park system," Mr Nelson said. 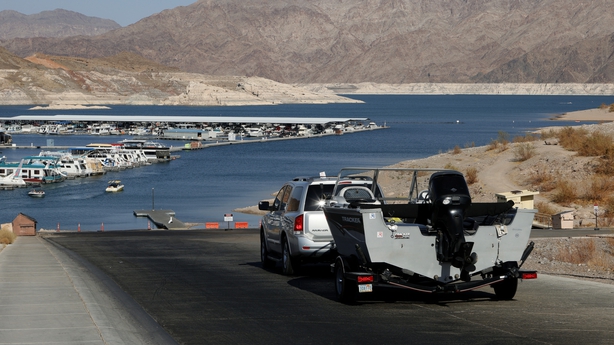 The dramatic decline in water levels has left Mr Lingenfelter concerned about the future.

"It makes me wonder whether my grandchildren would have the same resources that I had. It makes me think about how we waste things. It makes me very concerned about the future of the earth itself," he said.

Even with the much needed rain and snow packs, the situation will never be the same, says Mr Lichnet.

"So even when there's a natural cycle going back to weather conditions, it's likely we're still going to be shorter than we were in the past."

The drought that has brought Lake Mead low has gripped California, the Pacific Northwest, the Great Basin spanning Nevada, Oregon and Utah, plus the southwestern states of Arizona and New Mexico and even part of the Northern Plains.