A US judge has ruled that aggravating factors were involved in the death of George Floyd in Minneapolis, opening the possibility of a longer sentence for former police officer Derek Chauvin.

Chauvin - the white former officer convicted in Minnesota state court last month of murdering Mr Floyd, a black man - is scheduled to be sentenced for multiple murder and manslaughter convictions on 25 June.

In a six-page ruling, District Court Judge Peter Cahill found that prosecutors had proven the 45-year-old abused his position of trust and authority, treated Mr Floyd with particular cruelty, committed the crime as a group and did so with children present, all aggravating factors. 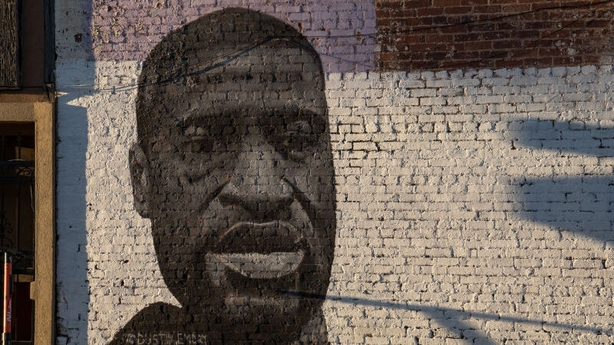 "The slow death of George Floyd occurring over approximately six minutes of his positional asphyxia was particularly cruel in that Mr. Floyd was begging for his life and obviously terrified by the knowledge that he was likely to die but during which the defendant objectively remained indifferent to Mr. Floyd's pleas," Judge Cahill wrote.

A jury convicted Chauvin of second and third degree murder and manslaughter on 20 April after hearing three weeks of testimony in a highly publicised trial.

Three other former officers have been charged over Mr Floyd's death on 25 May last year and are set to go on trial this summer.