US voting rights activist and Democratic Party politician Stacey Abrams has been nominated for this year's Nobel Peace Prize for her work to promote non-violent change via the ballot box, a Norwegian lawmaker said today.

"Abrams' work follows in Dr Martin Luther King Jr's footsteps in the fight for equality before the law and for civil rights," said Lars Haltbrekken, a Socialist Party member of Norway's parliament.

Mr King, a Baptist minister who became a leader of the 1960s civil rights movement, won the Nobel prize in 1964 and remains among its most famous laureates.

"Abrams' efforts to complete King's work are crucial if the United States of America shall succeed in its effort to create fraternity between all its peoples and a peaceful and just society," Mr Haltbrekken said. 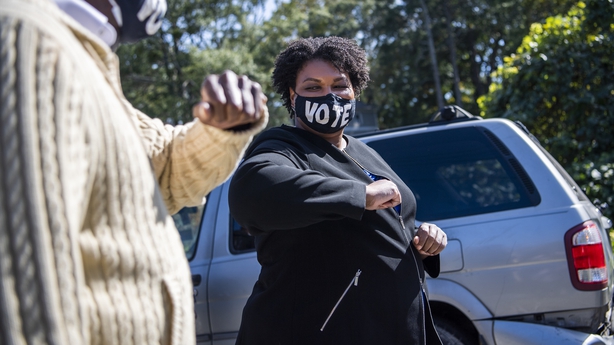 Thousands of people, from members of parliaments worldwide to former winners, are eligible to propose candidates, and a nomination does not imply endorsement from the Nobel committee in Oslo.

The US Black Lives Matter movement, Daniel Ellsberg, who leaked the 'Pentagon Papers' about the Vietnam War, and WikiLeaks, have also been nominated, as have pro-democracy and civil rights campaigners from Belarus to Poland and Hungary.

The Norwegian Nobel Committee, which decides who wins the award, does not comment on nominations, but nominators can choose to reveal their picks.

The 2021 laureate will be announced in October.