A 17-year-old man has been arrested on suspicion of murder after two people were killed during anti-police protests in the US state of Wisconsin.

The deaths occurred during a third night of demonstrations over the police shooting of a black man erupted in the city of Kenosha.

Two people were killed and one wounded in the gun violence, police said.

"This morning Kenosha County authorities issued an arrest warrant for the individual responsible for the incident, charging him with First Degree Intentional Homicide," police in Antioch, Illinois said.

"The suspect in this incident, a 17-year-old Antioch resident, is currently in custody of the Lake County Judicial System pending an extradition hearing to transfer custody from Illinois to Wisconsin."

Social media videos showed chaotic scenes of people running and screaming amid a volley of gunfire in Kenosha and others tending to gunshot wounds.

The bloodshed followed a night of skirmishes that had appeared to turn calm, settling down after police fired tear gas and rubber bullets at protesters who defied a curfew.

The shooting that broke out shortly before midnight killed two people and wounded a third who was expected to survive, the Kenosha Police Department said in a statement. 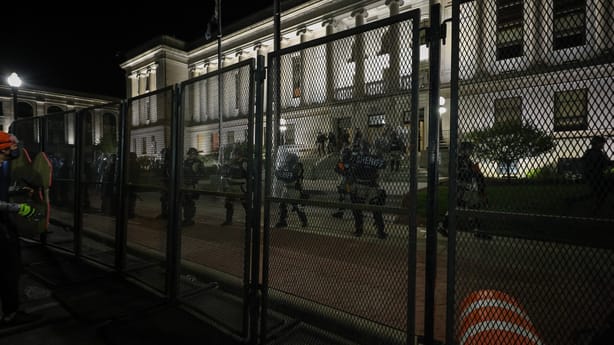 Crowds chased a man running down the street with a rifle after they believed he had shot another man. One pursuer took a flying kick at him after he fell to the ground, and another tried to grab his weapon. He appeared to be shot at close range and fell to the ground. 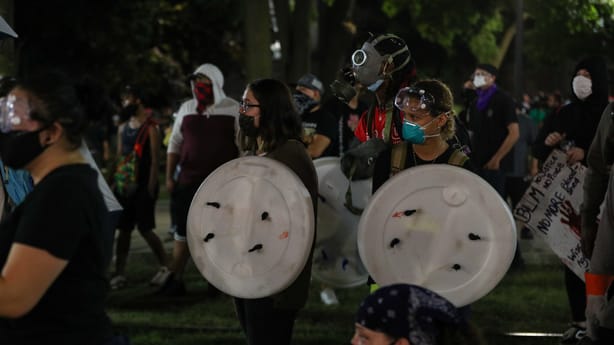 Another video showed a man who appeared to be shot in the head as people nearby tried to treat him, and another showed a man with a severe arm wound. 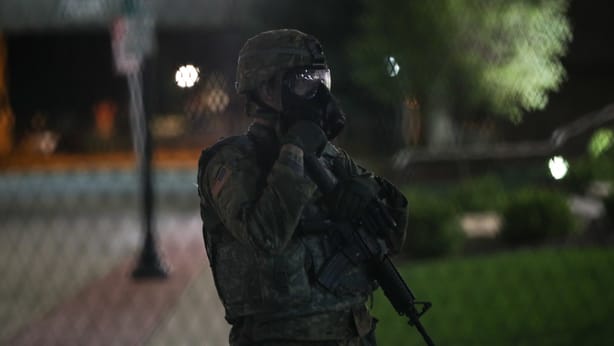 Kenosha has been rocked by protests since Sunday, when police shot Jacob Blake in the back at close range.

After struggling with police, Mr Blake broke free and walked away from them and around his car to the driver's side, where he was shot after opening the door, according to a bystander video that went viral. Three of his young sons were in the car, witnesses said.

Mr Blake, 29, was hit by four of the seven shots fired and left paralysed and "fighting for his life," his family and lawyers said yesterday, hours before the latest round of civil unrest broke out in the lakefront town between Milwaukee and Chicago.

Meanwhile, Democratic presidential nominee Joe Biden has said that he has spoken to the family of Jacob Blake and has promised "justice."

In a video statement he posted on Twitter referring to footage that showed the shooting of the 29-year-old he said: "What I saw on that video makes me sick.

He added: "I told them justice must and will be done.

"Our hearts are with his family, especially his children. It's horrible what they saw."

Mr Biden also said that protesting police brutality is a "right" but warned that "burning down communities is not protest, it's needless violence," after three nights of clashes between demonstrators and police in Kenosha, Wisconsin, where Mr Blake was shot.