The US Food and Drug Administration has granted authorisation to Gilead Sciences for emergency use of its experimental antiviral drug remdesivir to treat patients with Covid-19.

During a meeting in the Oval Office with President Donald Trump, Gilead chief executive Daniel O'Day called the move an important first step and said the company was donating 1.5 million vials of the drug to help patients.

The FDA acted after preliminary results from a government-sponsored study showed that remdesivir shortened the time to recovery by 31%, or about four days on average, for hospitalised Covid-19 patients.

The study of 1,063 patients is the largest and most strict test of the drug and included a control group that received just usual care, so remdesivir's effects could be rigorously evaluated.

Those given the drug were able to leave the hospital in 11 days on average, versus 15 days for the comparison group. The drug also might be reducing deaths, although that is not certain from the partial results revealed so far.

The National Institutes of Health's Dr Anthony Fauci said the drug would become a new standard of care for severely ill Covid-19 patients like those in this study.

The drug has not been tested on people with milder illness, and currently is given through an IV in a hospital.

The FDA previously gave emergency use authorisation to a malaria drug, hydroxychloroquine, after President Donald Trump repeatedly promoted it as a possible treatment for Covid-19.

No large high-quality studies have shown the drug to work for that, however, and it has significant safety concerns. 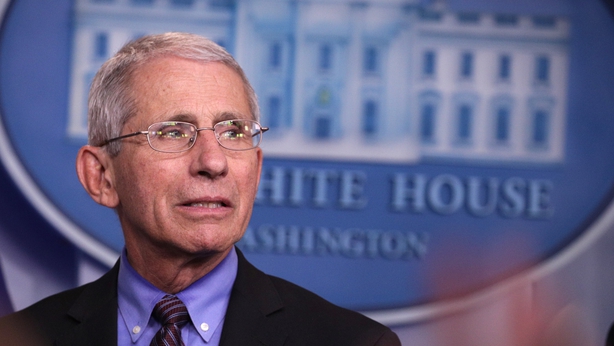 Meanwhile, top US health official Dr Anthony Fauci will not testify next week to a congressional committee examining the Trump administration's response to the coronavirus pandemic, the White House said, calling it "counterproductive" to have individuals involved in the response testify.

The White House issued an emailed statement after a spokesman for the House of Representatives committee holding the hearing said the panel had been informed by Trump administration officials that Dr Fauci had been blocked from testifying.

"While the Trump administration continues its whole-of-government response to Covid-19, including safely opening up America again and expediting vaccine development, it is counterproductive to have the very individuals involved in those efforts appearing at congressional hearings," White House spokesman Judd Deere said in a statement.

"We are committed to working with Congress to offer testimony at the appropriate time."

Dr Fauci's testimony was being sought for a 6 May hearing by a House Appropriations subcommittee that oversees health programs, said spokesman Evan Hollander.