White House officials are baffled as to why a doctored presidential seal, including an eagle clutching golf clubs in its talons instead of arrows, was projected on stage at an event at which US President Donald Trump spoke.

The seal was displayed on Tuesday at Turning Point USA's student summit, where Mr Trump gave a raucous 80-minute speech and was greeted warmly by the youthful audience.

The image included a two-headed eagle, instead of just one head, which the Washington Post said closely resembles the bird on the Russian coat of arms and also appears on the flags of Serbia, Albania and Montenegro.

The eagle has a set of golf clubs in its talons instead of the traditional seal's clutch of arrows.

There were suspicions at the White House that the organisers had found the doctored image online and mistakenly used it. 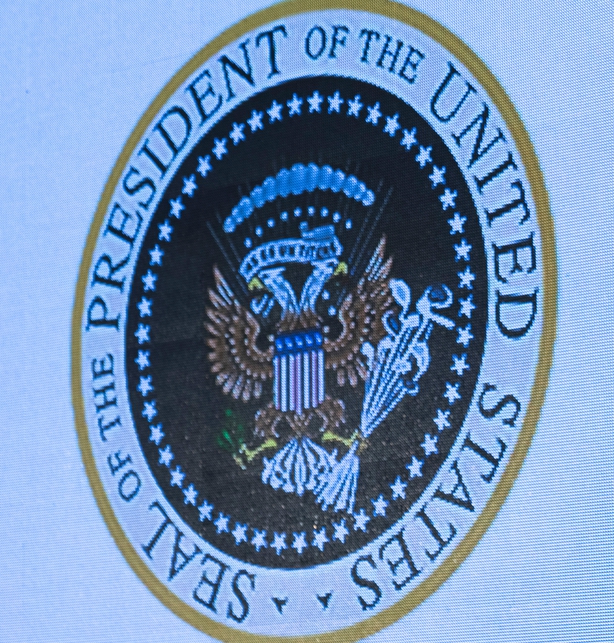 "We never saw the seal in question before it appeared in the video," said a White House official. "The White House had no knowledge of it."

Officials referred questions to Turning Point USA, which could not immediately be reached for comment.

The political non-profit group was founded to organise conservative students on college campuses by Charlie Kirk, an outspoken supporter of Mr Trump. 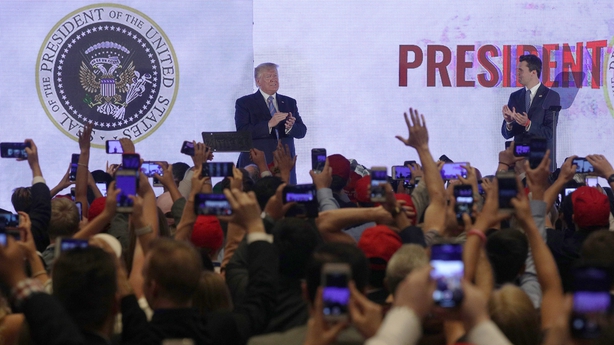 It maintains a controversial Professor Watchlist of college professors it deems too liberal.

As a political non-profit, the group may raise and spend unlimited sums of money and engage in educational efforts around politics, but it is prohibited from using its resources to campaign for a candidate for elected office.