A strong aftershock shook Southern California as residents were still assessing the damage from yesterday's quake, the strongest in the region in 25 years, which was felt by more than 20 million people.

The temblor, one of many aftershocks predicted by seismologists, struck the same desert region as the major earthquake with a magnitude of 5.4 about (18km west of Searles Valley at 4.07am local time, the US Geological Survey said.

There had already been more than 80 smaller aftershocks since yesterday’s 6.4 magnitude quake near the city of Ridgecrest, which was felt from Los Angeles to Las Vegas, USGS seismologist Lucy Jones said.

"We should be expecting lots of aftershocks and some of them will be bigger than the 3s we've been having so far," Ms Jones said.

Some residents spent much of their 4 July holiday cleaning up the mess left by the quake.

"I mopped up over 20 gallons of wine that fell over in addition to the beer, soda and the cooler that fell over. We have several thousand dollars worth of damage," said shopkeeper James Wilhorn.

Only a few injuries were reported, but two houses caught fire from broken gas pipes, officials said. Water gushed from zigzagged cracks in the pavement from broken water lines. 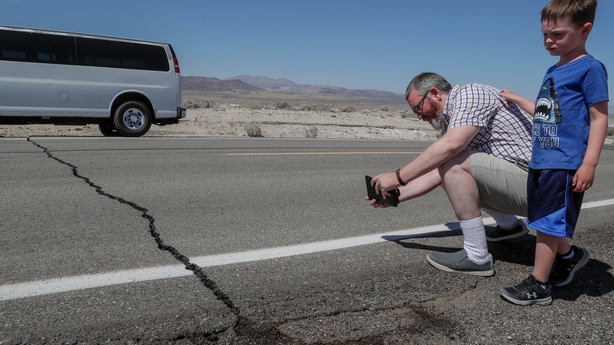 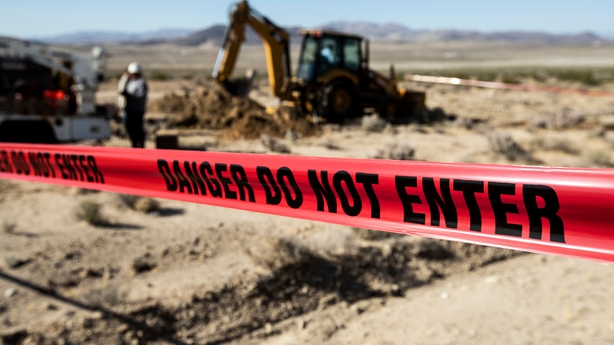 Deep fissures snaked across the Mojave Desert, with passersby stopping to take selfies.

The quake hit the edge of Death Valley National Park about 181km northeast of Los Angeles.

It was very shallow, only 10.7km deep, amplifying its effect, and was felt in an area inhabited by 20 million people, the European quake agency EMSC said.

The Ridgecrest Regional Hospital, where 15 patients were evacuated earlier, appeared intact apart from some new cracks in the walls.

California Governor Gavin Newsom approved an emergency proclamation, and Ridgecrest Mayor Peggy Breeden said she had declared a state of emergency, a step that enables the town to receive help from outside agencies.

The quake is the largest in Southern California since the1994 magnitude 6.6 Northridge earthquake, USGS geophysicist Paul Caruso said.

That quake, which was centered in a heavily populated area of Los Angeles, killed 57 people and caused billions of dollars of damage.