A new study has revealed that the United States creates more planet-warming greenhouse gas emissions through its military operations alone than industrialised countries such as Sweden and Portugal.

Researchers say the Pentagon released about 59 million metric tonnes of carbon dioxide and other greenhouse gases in 2017, according to the first study to compile such comprehensive data, published by Brown University in Providence, Rhode Island.

Using and moving troops and weapons accounted for about 70% of its energy consumption, mostly due to the burning of jet and diesel fuel.

The Pentagon remains the world's single largest consumer of oil. 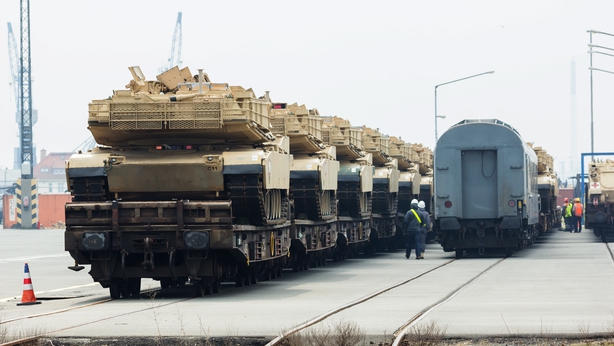 The Pentagon's emissions were "in any one year ... greater than many smaller countries' greenhouse gas emissions," the study said.

If it were a country, its emissions would make it the world's 55th largest contributor, said Professor Neta Crawford, the study's author and a political scientist at Boston University.

"There is a lot of room here to reduce emissions," she said.

The Pentagon called climate change "a national security issue" in a January report to the US Congress and it has launched multiple initiatives to prepare for its impact.

Prof Crawford said the Pentagon had reduced its fuel consumption significantly since 2009, including by making its vehicles more efficient and moving to cleaner sources of energy at bases.

It could reduce them further by cutting fuel-heavy missions to the Persian Gulf to protect access to oil, which were no longer a top priority as renewable energy gained ground, she said.

"Many missions could actually be re-thought, and it would make the world safer," she added.