About 300 people, including off-duty Chicago police officers, gathered at the building yesterday where Ms Foxx’s office is located in downtown Chicago, wearing "Foxx Must Go!" buttons and carrying signs reading "Resign now" and "Who let the Foxx in the hen house."

Mr Smollett, who is black and gay, ignited a firestorm on social media by telling police on 29 January that two apparent supporters of President Donald Trump struck him, put a noose around his neck and poured bleach over him while yelling racist and homophobic slurs on a Chicago street. 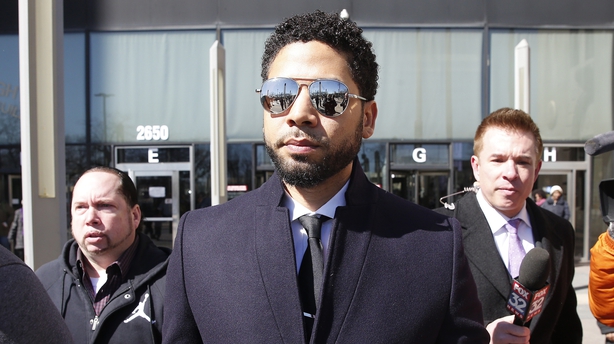 The 36-year-old actor, best known for his role on the television hip-hop drama 'Empire', was charged in February with staging the incident himself and filing a false police report.

Last Tuesday, prosecutors dropped all charges against Mr Smollett, angering police who had not been told of the decision ahead of time.

Chicago's Fraternal Order of Police organised the protest,arranging for three buses to bring members from the city’s Southand North sides, said Kevin Graham, president of a local chapter of the police union.

"We are here to let people know that we want justice in Cook County," Mr Graham said.

Ms Foxx recused herself from the case before charges were filed against Smollett because of conversations she had about the incident with one of Smollett’s relatives, according to her spokesman. 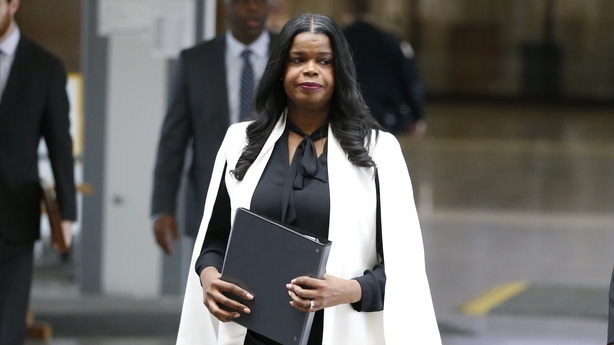 In an interview with Chicago's ABC7-TV last week, Ms Foxx side-stepped questions over whether she personally believed Mr Smollett was guilty.

"I think this office, based on (the) charging decisions,believed that he is culpable of doing that," Foxx said,referring to accusations that Smollett staged the attack and lied to police.

A group of protesters supporting Ms Foxx held a rally in close proximity to the anti-Foxx demonstration. Chicago police officers on bicycles separated the two groups. The tension between the groups got testy at times, with some pushing and shoving. No arrests were reported.

Supporters of Ms Foxx, who is also black, were partly organised by Jessie Jackson’s Rainbow PUSH Coalition.They were upset with what they called the police union's selective outrage - saying it stayed silent when Laquan McDonald, 17, was killed by police in 2014.

Police officer Jason Van Dyke, who is white, was sentenced in January to nearly seven years in prison for shooting the black teenager.