US President Donald Trump has offered to temporarily shield a million immigrants from deportation if Congress authorises funding for his Mexican border wall - an idea Democrats rejected, making the US government shutdown likely to continue.

Trump attempted to seize the initiative in ending the 29-day partial shutdown, a funding freeze that has left many important government departments relying on unpaid or highly reduced staff.

His bargain, announced in a televised White House address, held out the carrot of protection from deportation for two categories of immigrants.

These include 700,000 so-called "Dreamers," children of people who settled illegally in the US, and who have become a favourite cause of the Democrats, as well as 300,000 other immigrants whose protected status is expiring, Trump said.

The president said these concessions would "build the trust and goodwill necessary to begin real immigration reform." 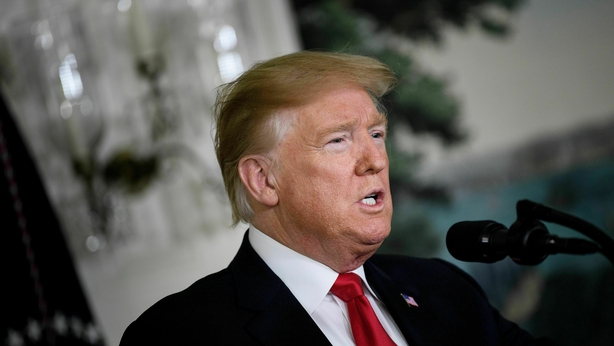 In return, Trump demanded the $5.7 billion he says is needed to extend fences on the border with Mexico, something the opposition Democrats have repeatedly refused to authorise. That has prompted the president to retaliate with the government shutdown, which he triggered by not signing off on funding to swathes of departments.

"I'm here today to break the logjam and provide Congress with a path forward to end the government shutdown and solve the crisis on the southern border," Trump said in his address.

Trump describes the US-Mexico border - for decades a magnet for migrants and asylum seekers, as well as a major drug smuggling route - as overwhelmed, posing a threat to US national security.

Democrats, who accuse Trump of using his illegal immigration crackdown to score political points with his right-wing base, spurned the latest negotiating offer as soon as it was leaked in the media prior to the speech.

"His proposal is a compilation of several previously rejected initiatives, each of which is unacceptable and in total, do not represent a good faith effort to restore certainty to people's lives," said Nancy Pelosi, speaker of the House of Representatives and the face of Democratic opposition to Trump. "They are a non-starter." 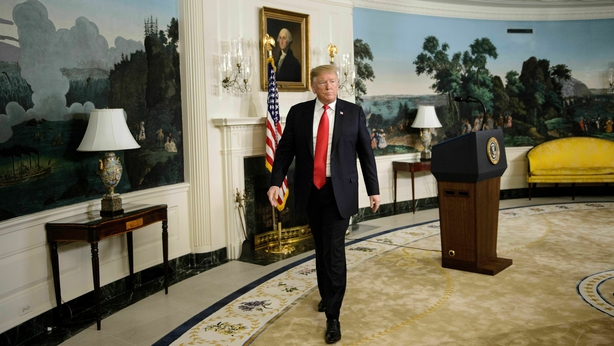 However, Trump's speech was the latest sign that both sides may slowly be grasping for a way out of an impasse that has turned into a test of brute political strength.

The New York Times reported that Democrats have added more than $1 billion to their previous offer of $1.3 billion for new border security, even if that is still far short of Trump's $5.7 billion figure.

The Times said roughly half the additional $1 billion being offered by Democrats would go to improve infrastructure at ports of entry, and the other half would fund 75 new immigration judges - but with no new money for a wall.

While each side waits for the other to blink, some 800,000 federal employees have been caught up in the shutdown, waiting for pay cheques. They include members of the Coast Guard, FBI and airport security staff.

All are expected to receive back wages once the shutdown ends, but in the meantime, many have had difficulty paying bills or even feeding their families.

The partial government shutdown - a disruptive political weapon almost unique to the American system - began on December 22 and is now the longest ever.

While polls show more Americans blame Trump and the Republicans than the Democrats, both sides are feeling pressure, as disgust rises across the country with the paralysed political leadership in Washington.

Adding to the sense of chaos, the dispute has turned deeply personal, with Trump and Pelosi exchanging what to many seem like almost playground-level jibes.

After Pelosi suggested shelving Trump's upcoming State of the Union address before Congress - one of the key set-piece political appearances of the year - the president abruptly revoked her right to use an air force plane for a trip to Afghanistan. Both cited difficulties caused by the shutdown as justification.

On Saturday, Trump said Pelosi "is under total control of the radical left."