A 21-year-old man has been charged with murdering the parents of an American teen as part of a chilling plot to kidnap her, police said, after 13-year-old Jayme Closs was found alive following three months in captivity.

The subject of a nationwide search since her parents were found murdered in their home in rural Wisconsin in October, Jayme Closs made a seemingly miraculous escape yesterday afternoon, seeking help from a neighbour who alerted authorities.

Minutes later police arrested the man she identified as her captor, Jake Thomas Patterson, and have charged him with abducting Ms Closs and fatally shooting her parents. 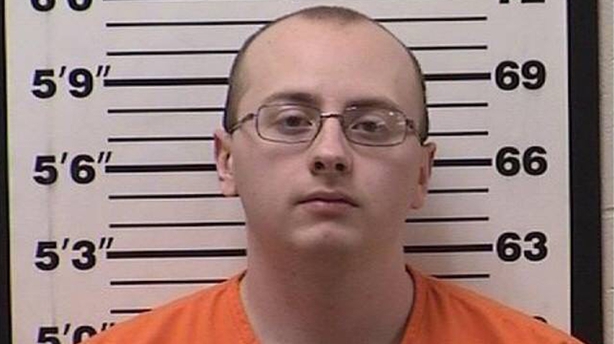 "Jayme was taken against her will and escaped from the residence in which she was being held and found help," Barron County Sheriff Chris Fitzgerald told reporters.

"At this moment, Jayme is in the comforting embrace of law enforcement," said Sheriff Fitzgerald, adding that the teen had been medically cleared from the hospital and was talking to investigators.

The sheriff said the suspect had no prior contact with the Closs family, and that the teen "was the only target".

"I can tell you that the subject planned his actions and took many proactive steps to hide his identity from law enforcement and the general public," Sheriff Fitzgerald said.

Ms Closs was being held in a rural home approximately 120km (75 miles) north of her home in Barron, Wisconsin.

She escaped and ran to a holiday home where Jeanne Nutter was just returning at around 4:30pm after walking her dog.

"She said she was lost, she didn't know where she was," Ms Nutter said.

"I didn't know the situation until she got near me, and then she told me her name, and I knew who she was because I'd seen her picture everywhere."

The 66-year-old immediately took the teen to a neighbour's home to call police.

Ms Closs appeared traumatised but in good physical condition, wearing an oversized sweatshirt and large shoes that were clearly not her own, Ms Nutter said.

"She was crying when I first met her, but once I grabbed hold of her and held her as she walked, then she was calm," Ms Nutter said.

Ms Closs was undergoing mental evaluation and questioning by detectives, who had not yet established what had happened to her over the last three months, the motive for the kidnapping, or how she escaped, police said.

Mr Patterson was the authorities' only suspect. He has been charged with two counts of first degree murder and one count of kidnapping, but will not appear in court until an official criminal complaint is filed next week.

Mr Patterson was arrested without resistance on a road near his home and did not appear to be looking for Jayme, police said.

The dirt road leading to his home was blocked by police barricade, as investigators searched his vehicles.

Ms Closs had been missing since 15 October, when authorities received a 911 call from a mobile phone inside her rural home in Barron.

"Jayme was inside the home when her parents were killed," Sheriff Fitzgerald said.

A nationwide search left law enforcement frustrated, with the trail gone cold. Police confirmed that they had not been looking in the wooded Gordon area, which has few year-round residents.

"This case was challenging given the proactive steps the subject took to avoid detection," FBI agent Justin Tolomeo said.

"It was Jayme herself who gave us that break."

Ms Closs's extended family and community in Barron were jubilant at news of her recovery.

Police said they sent three teams to tell family members at various locations that she had been found, including one group that was attending a basketball game.

"When we said she was found safe and alive, [there were] tears and lots of hugs," Sheriff Fitzgerald said.