The investigation of suspicious packages sent to prominent Democrats and critics of US President Donald Trump is focusing on leads in Florida, a federal law enforcement source said.

The law enforcement source also said investigators believe all ten of the suspicious packages found so far went through the US Postal Service at some point.

Today, a suspicious package addressed to former Vice President Joe Biden was found at a mail facility in New Castle County in Delaware.

Actor Robert De Niro, who was strong in his criticism of Mr Trump at the Tony Awards last June, was also targeted with a package sent to a restaurant he owns in New York.

None of the devices went off and no injuries were reported, but some top Democrats called the threats a symptom of a coarsening brand of political rhetoric promoted by Mr Trump, who also condemned the acts. 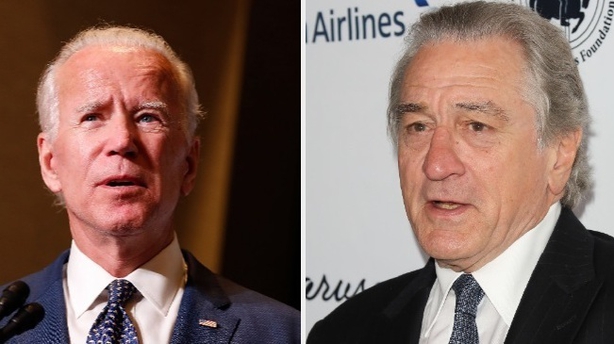 All those who were targeted are frequently maligned by right-wing critics.

Addressing a rally in Wisconsin last night, Mr Trump condemned those responsible for sending the devices, but criticised the media for "endless hostility" and "false attacks".

"Any acts or threats of political violence are an attack on our democracy itself," he said. "We want all sides to come together in peace and harmony."

He said the media has a responsibility "to stop the endless hostility and constant negative and oftentimes false attacks and stories".

Mr Trump tweeted: "A very big part of the Anger we see today in our society is caused by the purposely false and inaccurate reporting of the Mainstream Media that I refer to as Fake News. It has gotten so bad and hateful that it is beyond description. Mainstream Media must clean up its act, FAST!"

The bomb packages were sent as the nation prepares for elections on 6 November that will decide whether Democrats take control of one or both houses of Congress from Republicans, which would deny Mr Trump the majority his party now holds in both chambers.

The CNN bureau in New York received the package addressed to Mr Brennan, who has appeared as a CNN analyst, leading police to evacuate the Time Warner building in a busy Manhattan neighbourhood near Central Park yesterday. 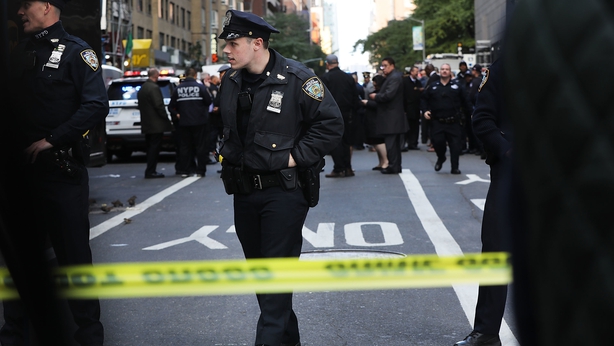 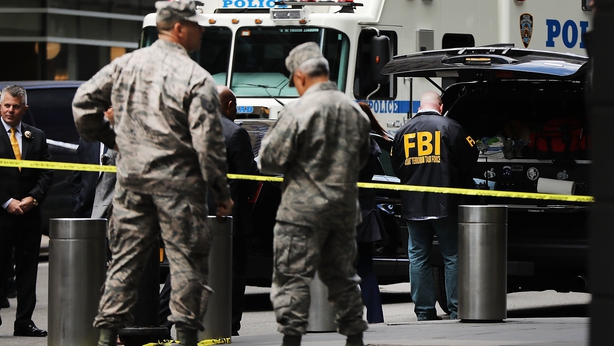 President Trump told the Wisconsin rally his government would conduct "an aggressive investigation".

"Any acts or threats of political violence are an attack on our democracy itself," Mr Trump said. "We want all sides to come together in peace and harmony."

Last week, Mr Trump, who joined other Republicans in accusing Democrats of encouraging "mob" tactics, heaped praise on a Montana congressman who assaulted a reporter in 2017. 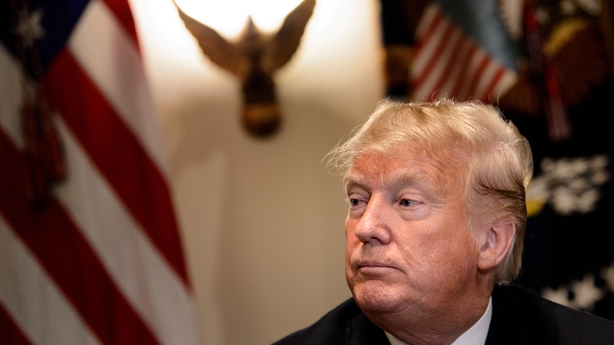 The first package, which turned up on Monday, was addressed to Mr Soros, the billionaire financier and advocate of liberal, open-border values who is a frequent target of right-wing conspiracy theories.

The parcel intended for Mr Holder ended up re-routed to the return address printed on all the packages - the Florida office of US representative Debbie Wasserman Schultz, a former chair of the Democratic National Committee, according to the FBI.

The FBI late last night confirmed that two additional packages, similar in appearance to the others, were addressed to Ms Waters.

The other packages consisted of a manila envelope with a bubble-wrap interior containing "potentially destructive devices". Each bore a computer-printed address label and six "Forever" postage stamps, the FBI said.

Other officials said the devices contained in the envelopes were all similar to the one found in the mailbox of the Soros home and later detonated by police. At least one bomb was packed with shards of glass, one federal source said.