Rescuers are picking through the rubble of ravaged beach communities searching for survivors after Michael, one of the most powerful hurricanes in US history, slammed into the Florida Panhandle, killing at least 12 people in Florida and Virginia.

US army personnel used heavy equipment to push a path through debris in Mexico Beach to allow rescuers through to search for trapped residents, survivors or casualties, as Blackhawk helicopters circled overhead.

Rescuers from the Federal Emergency Management Agency (FEMA) used dogs, drones and GPS in the search.

"We prepare for the worst and hope for the best. This is obviously the worst," said Stephanie Palmer, a FEMA firefighter and rescuer from Coral Springs, Florida. 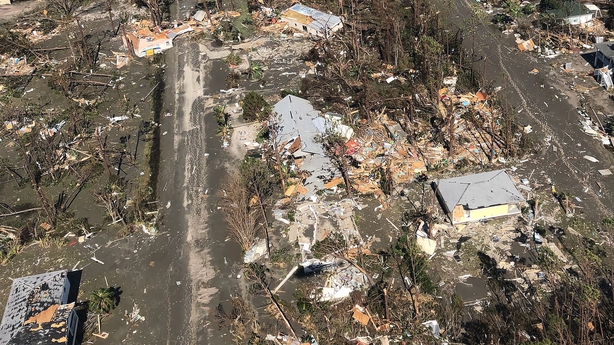 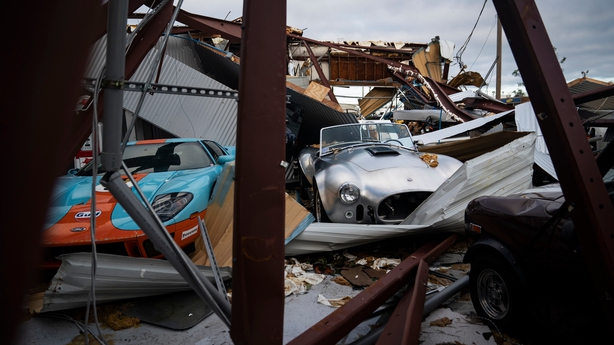 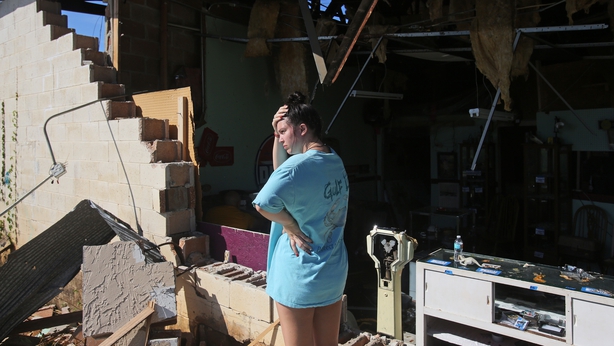 Much of downtown Port St Joe, 19km east ofMexico Beach, was flooded after Michael snapped boats in two and hurled a large ship onto the shore, residents said.

"We had houses that were on one side of the street and now they're on the other," said Mayor Bo Patterson, who watched trees fly by his window as he rode out the storm in his home seven blocks from the beach.

Mr Patterson estimated 1,000 homes were completely or partially destroyed in his town of 3,500 people.

Jordon Tood, 31, a charter boat captain in Port St Joe,said: "There were mandatory evacuation orders, but only idiots like us stuck around."

"This was my sixth (hurricane), so I thought I was prepared".

In Apalachicola, about 48km east of where the storm made landfall, a little less than half of the 2,200 people stayed and rode out the storm, residents said.

"We've had storms before - in '05 we had four or five in a row. I didn't even take the boards off my window. But, holy smokes, this one kicked our butt."

The storm peeled back part of the gym roof and tore off a wall at Jinks Middle School in Panama City. A year ago, the school welcomed students and families displaced by Hurricane Maria in Puerto Rico.

"I have had employees going to the communities where our kids live, going door to door and checking," Principal Britt Smith said by phone.

"I have been up since 3.30 or 4am emailing and checking on staff to see if they are safe. So far, everybody seems to be very safe."

With a low barometric pressure recorded at 919 millibars, a measure of a hurricane's force, Michael was the third strongest storm on record to hit the continental United States, behind only Hurricane Camille on the Mississippi Gulf Coast in 1969 and the Labor Day hurricane of 1935 in the Florida Keys. 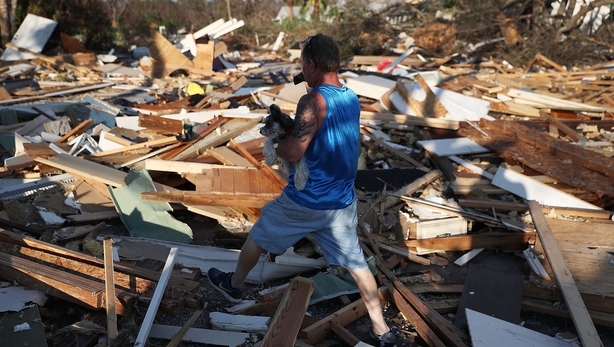 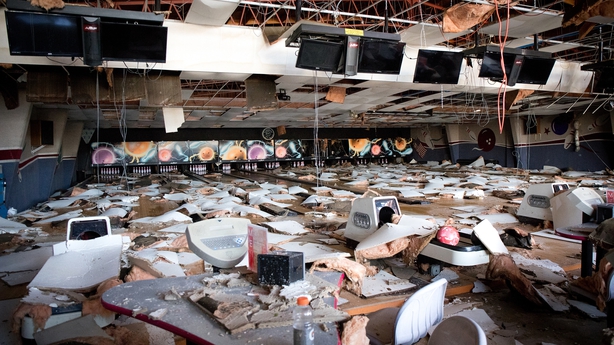 It weakened overnight to a tropical storm.

It was toppling trees and bringing life-threatening flash flooding to areas of Georgia and Virginia, which are still recovering from Hurricane Florence, as it moved northeast.

At least seven people were killed by falling trees and other hurricane-related incidents in Florida, Georgia and North Carolina, according to state officials.

Many of the injured in Florida were taken to hard-hit Panama City, 32km northwest of Mexico Beach.

Gulf Coast Regional Medical Center treated some but the hospital evacuated 130 patients as it faced challenges running on generators after the storm knocked out power, ripped off part of its roof and smashed windows, according to a spokesman for the hospital's owner, HCA Healthcare Inc.

Almost 1.2 million homes and businesses were without power from Florida to Virginia because of the storm. 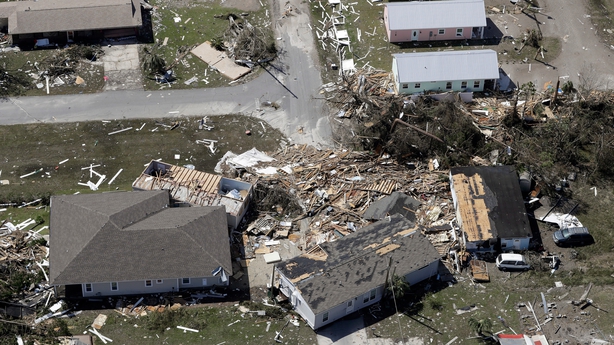 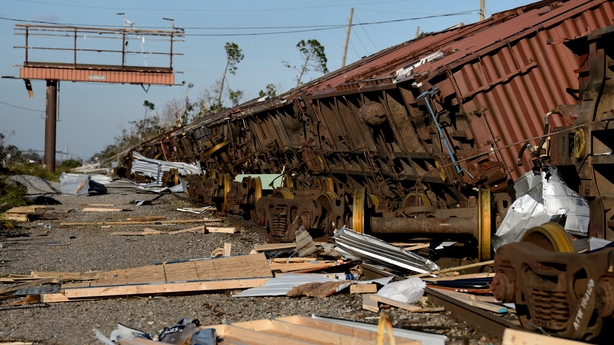 The number of people in emergency shelters was expected to swell to 20,000 across five states, said Brad Kieserman of the American Red Cross.

Brad Rippey, a meteorologist for the US Agriculture Department, said Michael severely damaged cotton, timber, pecan and peanut crops, causing estimated liabilities as high as $1.9 billion and affecting up to 3.7 million crop acres.

Michael also disrupted energy operations in the US Gulf of Mexico as it approached land, cutting crude oil production by more than 40% and natural gas output by nearly a third as offshore platforms were evacuated.