Hurricane Florence is forecast to be an extremely dangerous major hurricane when it nears the coast of the United States, the National Hurricane Center has said.

Fears about the storm have spread south today, with Georgia declaring a state of emergency after officials in the Carolinas urged people to evacuate the coast ahead of the storm's expected pounding winds and rain-driven floods.

Florence weakened slightly to a Category 3 storm on a five-step scale but had maximum sustained winds of 201km per hour as of 7pm Irish time, down from 210km/h earlier in the day.

Its trajectory showed its centremost likely to strike the southern coast of North Carolina by early Friday, the NHC said.

Updated forecasts showed the storm lingering near the coast of the Carolinas, carrying days of heavy rains that could bring intense inland flooding from South Carolina to Virginia.

Parts of North Carolina could get 1 metre of rain.

Jeff Byard of the Federal Emergency Management Agency invoked a former boxing champion to warn residents that Florence would bring "a Mike Tyson punch to the Carolina coast."

Tens of thousands of homes and businesses could be flooded in North Carolina, Governor Roy Cooper warned.

Georgia Governor Nathan Deal, concerned the storm would bring its devastation south, issued an emergency declaration for all 159 counties in his state. 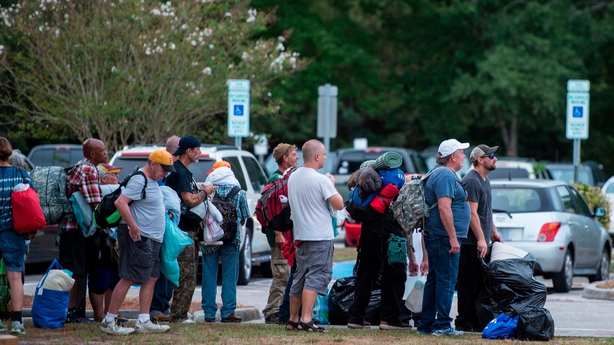 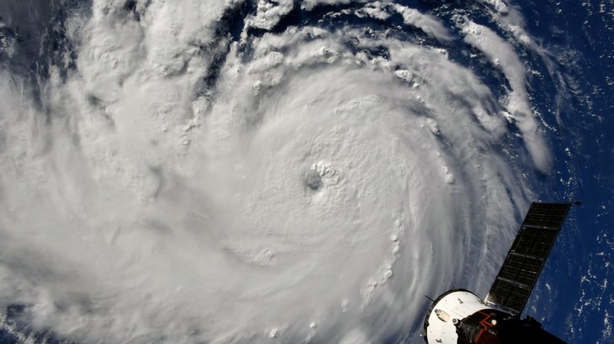 More than 1 million people have been ordered to evacuate the coastlines of the Carolinas and Virginia.

Duke Energy Corp expected between 25% and 75% of its 4 million customers would lose power in the Carolinas.

Spokesman Howard Fowler said restoration could take "weeks instead of days," even though 20,000 workers, including crews from outside the area, were standing by.

The NHC said the first tropical storm-force winds of at least 63km/h would hit the region early on Thursday with the storm's center reaching the coast Friday. 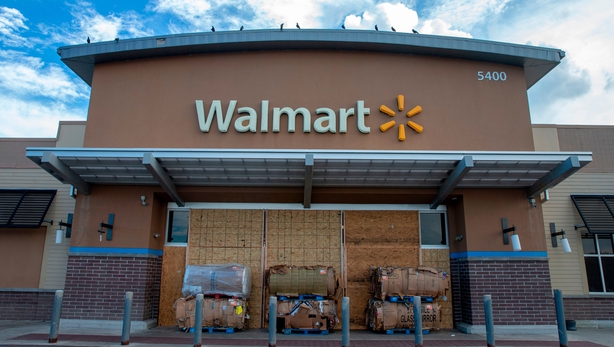 Wilmington, North Carolina, just north of where the hurricane is expected to come ashore, was sunny around midday as the town appeared to be emptying.

"I'm not approaching Florence from fear or panic," said Brad Corpening, 35, who planned to ride out the storm in his boarded-up delicatessen in Wilmington.

"It's going to happen. We just need to figure out how to make it through."

Officials in New Hanover County, which includes Wilmington, have stockpiled enough food and water for 60,000 people for four days, along with more than 28,000 tarps.

Shelters in the city were filling and some people were being bused inland to Raleigh, even though some residents there were told they might have to evacuate because of flooding.

"It's going to be bad," said Woody White, chairman of the New Hanover County Commissioners.

"But no matter how bad it's going to be, it will pass and our job will be to rebuild this community together, and that's what we're going to do."

Even miles away from the Atlantic, North Carolina residents in low-lying areas are boarding up and emptying stores.

"A lot of our storefronts are boarded up," said Lynn Davis, town manager for Belhaven which sits at sea level in northeastern North Carolina.

"People are taking down awnings and U-Haul trucks have come in and take the entire contents of stores."