The former director of the CIA has said the decision of US President Donald Trump to remove his security clearance was politically motivated and "designed to send a message to others".

Mr Trump yesterday announced the decision to remove John Brennan's clearance, accusing him of using his access to classified information to "sow division and chaos" about the administration.

Speaking on RTÉ's Drivetime, Mr Brennan said the move was "designed to punish me for my public criticism of Mr Trump".

Mr Brennan, who was director of the CIA under former president Barack Obama, has been a sharp critic of Mr Trump, frequently appearing on cable television news shows to attack his foreign policy positions.

Mr Brennan said the move by Mr Trump was "designed to send a message to others ... that if you dare to speak out against Mr Trump there are ways that he can try to hit back at you".

"My principles are really important to me", the former CIA director said. "Having been raised in a good Irish family that really put honesty, integrity and truth above all else."

Mr Brennan also said that he first learned of the move on television, describing it as typical of the "impulsive manner by this White House and Mr Trump".

Meanwhile, the commander of the US Navy SEAL raid that killed Osama bin Laden has condemned Mr Trump for revoking the security clearance of Mr Brennan and asked that his be withdrawn as well.

In an open letter to The Washington Post, William McRaven defended Mr Brennan as "one of the finest public servants I have ever known".

"He is a man of unparalleled integrity, whose honesty and character have never been in question, except by those who don't know him.

"Therefore, I would consider it an honour if you would revoke my security clearance as well, so I can add my name to the list of men and women who have spoken up against your presidency." 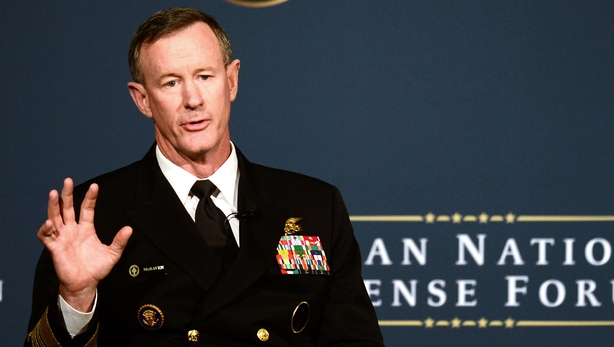 Mr McRaven was the head of US Joint Special Operations Command from 2011 to 2014 and supervised the SEAL raid that killed Bin Laden in Pakistan in 2011.

"Like most Americans, I had hoped that when you became president, you would rise to the occasion and become the leader this great nation needs," McRaven said.

"A good leader tries to embody the best qualities of his or her organisation," he said. "A good leader sets the example for others to follow.

"A good leader always puts the welfare of others before himself or herself. Your leadership, however, has shown little of these qualities.

"Through your actions, you have embarrassed us in the eyes of our children, humiliated us on the world stage and, worst of all, divided us as a nation."